A Tesla. Yes, a Tesla

After Jeff let me take his Ferrari 360 Spider out for a spin a while back, I was talking with Charlie. Charlie has a friend with a lot of nice cars. One of which is a Tesla. All electric. Yes, doing their part for the environment.

Our friend Jim was in town that weekend, so we all got to play with both the Tesla and the Ferrari.

Taking the Tesla to pick up my rental car

Right off the bat, I got to drive it down to pick up my rental car, sitting in front of “the Tib” from the night before (the Tib is a local Karaoke bar, but that is an entirely different story for an entirely different audience). My first impressions: The Tesla is fast. Very, very fast. And quick! Like neck snapping quick. I’m pretty sure it could take the Ferrari from a dead start up to maybe a quarter mile. But with the Tesla’s top speed of 125, the Ferrari would smoke it after that.

It was VERY interesting learning to drive it. The acceleration is mind-blowing. I don’t think I’ve ever been a car that accelerates like that. Instantly. And constant. With no shifting needed, you have full power from the moment you stomp the pedal to the floor until you let up because you’re coming up on the corner that was a half-mile away just a couple seconds ago.

You almost never need to use the brake, and there’s no such thing as “coasting”. When you take your foot off the accelerator, it feels like you’re applying the brake, as the engine starts regenerating electricity with a vengeance, and that regeneration comes at the cost of deceleration. But once you get used to it, it’s actually quite enjoyable. In fact, in normal city driving, about the only time I used the brake was to hold the car at a stop sign.

One thing to note: The car is quite small. With the top on, it’s almost comical getting in and out. I’m glad nobody had video cameras around the first time I tried to get out of it… :)? With the top off, it was much easier.

I cannot tell you how privileged I feel being able to drive both the Ferrari and the Tesla. I also recently got to drive Charlie’s other “loaners” (a Maserati and a Mercedes AMG) but neglected to get pictures of those. Maybe someday soon I’ll get another chance, and take pictures of those too.

Until then, I’m back to driving the rental cars and/or my cars at home… 😉 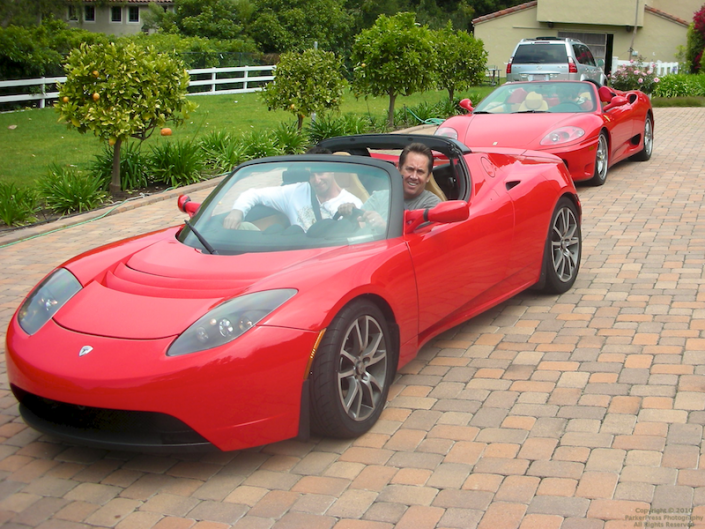 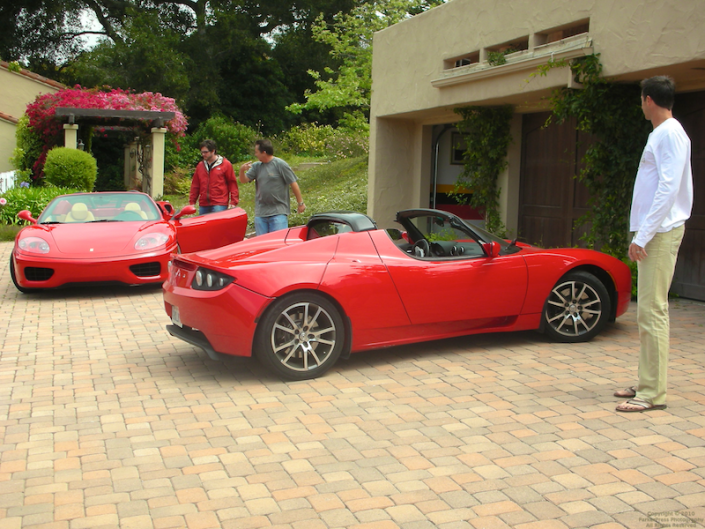 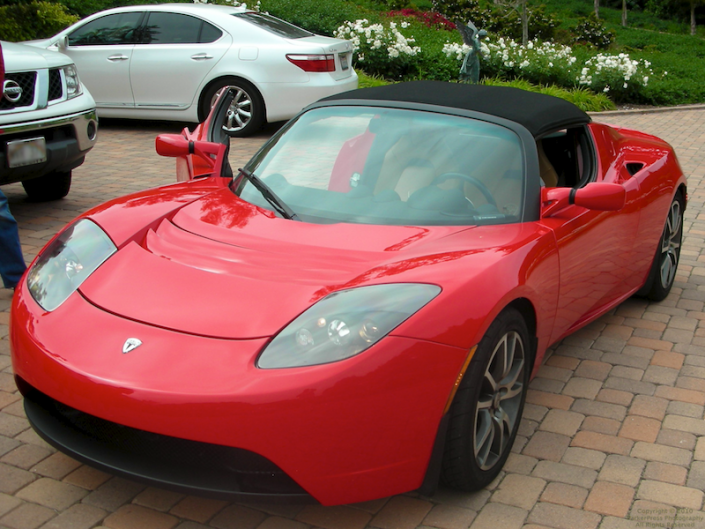 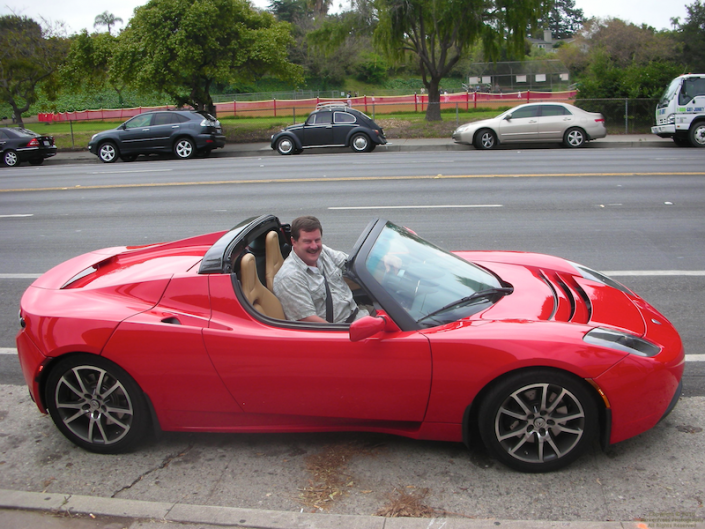 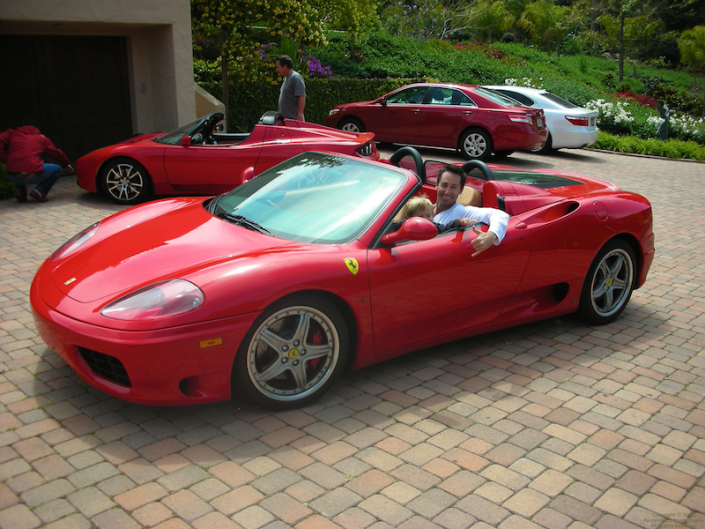 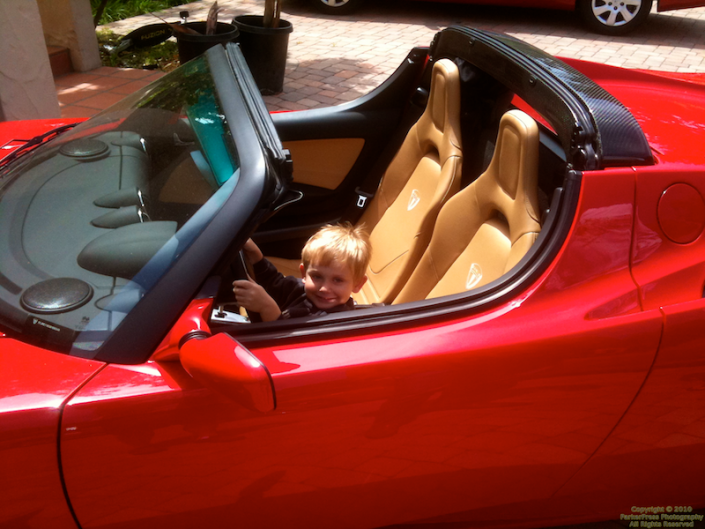 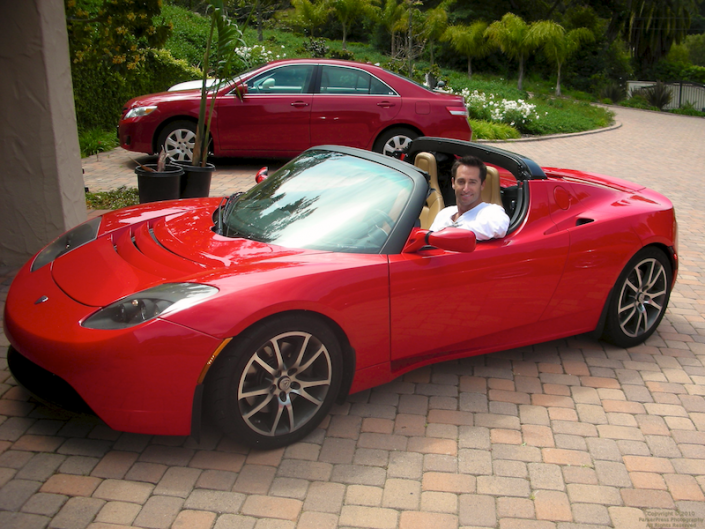 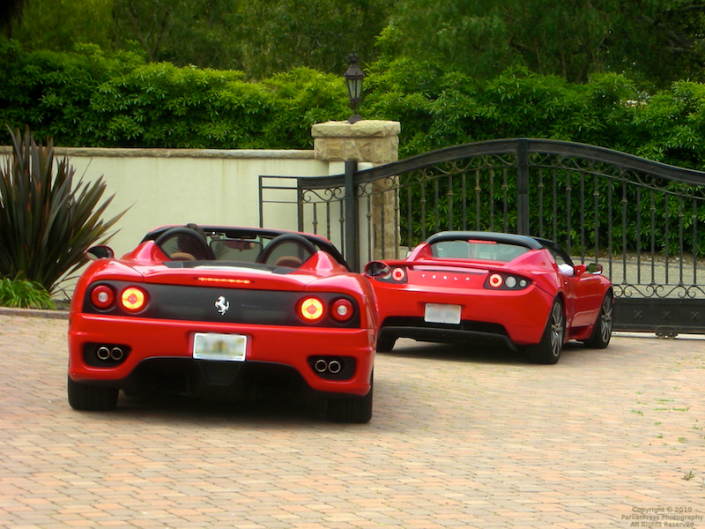 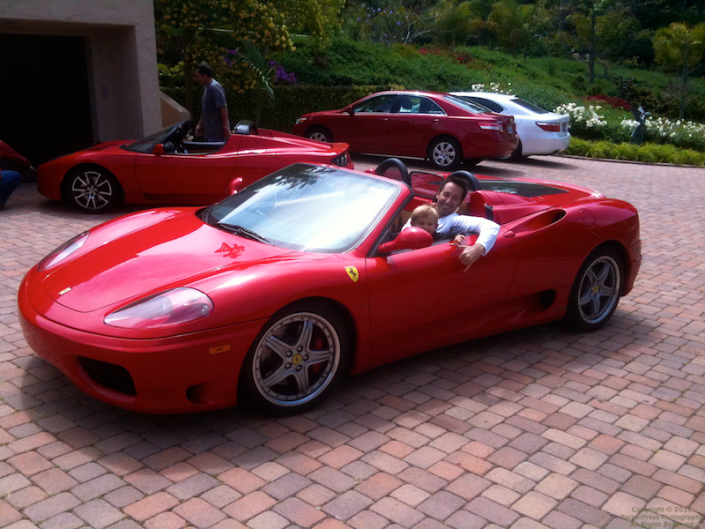 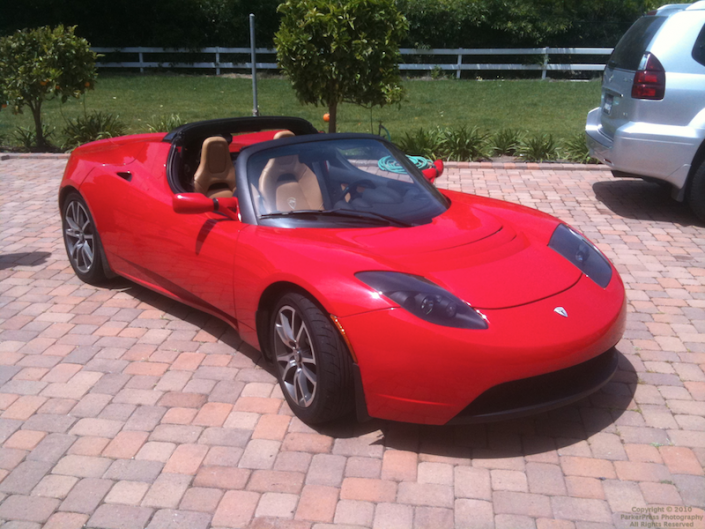 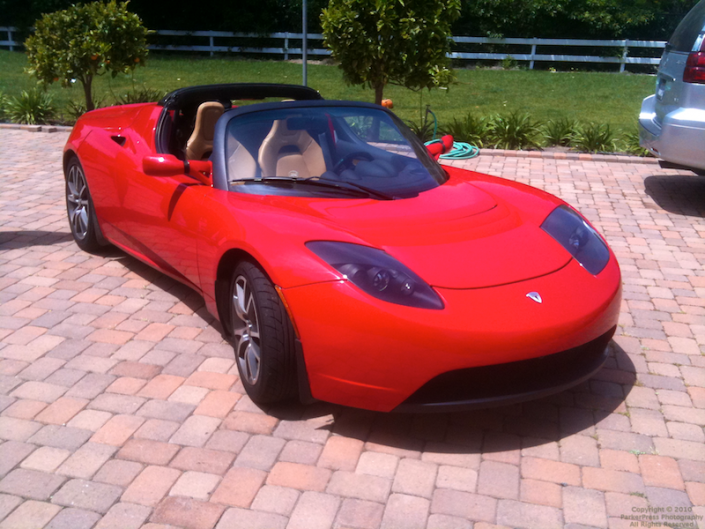 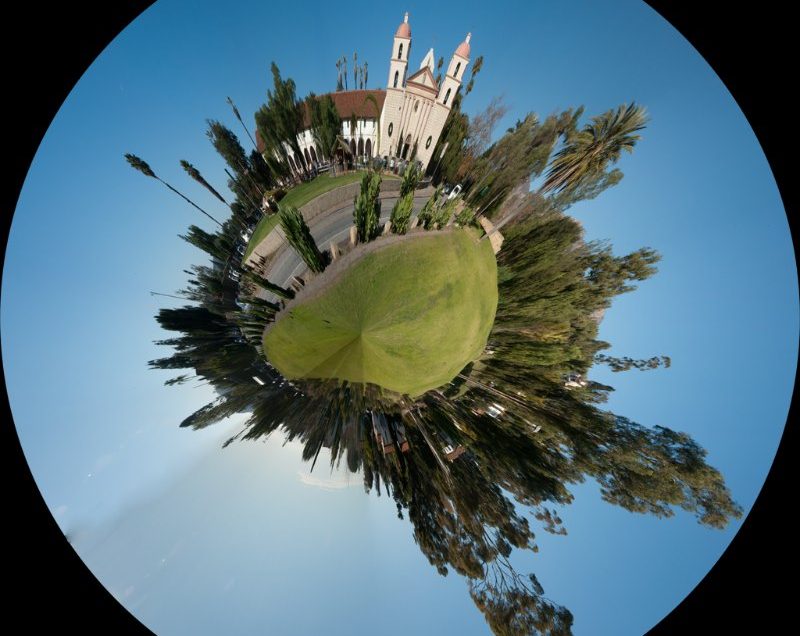 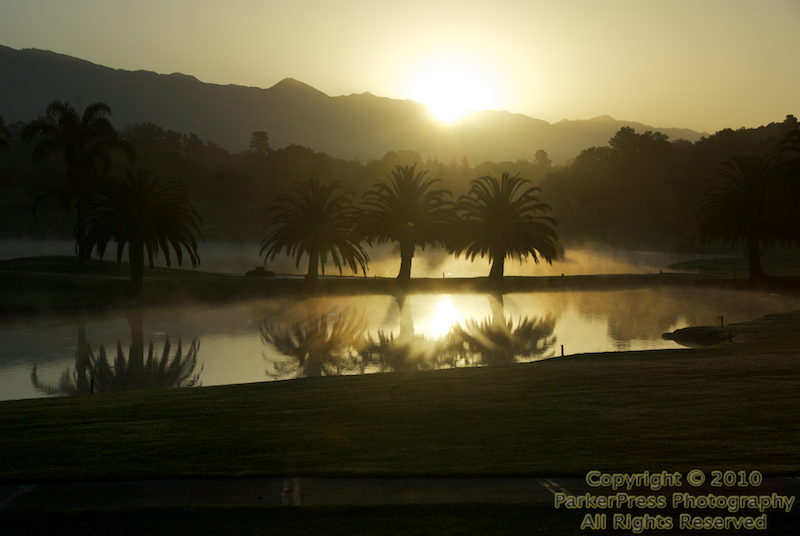