Skiapalooza #10 – The Year That Chip Wasn’t

This year was quite unplanned compared to our usual trips. With both Chip and I wondering what the job market would bring us, we didn’t really want to go too far.

So… Summit county it was. We rented a nice condo in the “Bill’s Ranch” area of Frisco, that would allow us get to many different ski areas, and bring Drew (Chip’s son) with us this year.

Day 1 – Friday: Friday morning we met Mark Merwin at the Park-n-Ride in Morrison, then headed up the hill to Copper Mountain. We haven’t had new snow for three weeks now, so we were expecting some of the best Rock Skiing ever for Febrary. We were pleasantly surprised at the conditions at Copper. Cold, good coverage (except on the windward side of the mountains). All in all, a great trip to warm up on.

After skiing, we headed to the condo we rented, cleaned up, and plowed through some chips-n-salsa with guacamole. Then we decided we should head out for dinner. A few of us had been to Carlos Miguel’s Mexican Bar & Grill before, and having started with a mexican theme, decided that would be a good place to go. We shouldn’t have had the chips-n-salsa… Far too much food.

Chip started feeling bad pretty quickly after the meal, and became violently ill for the entire weekend. In hindsight, it wasn’t Carolos Miguel’s, it turns out to have been caused by a work party at Chili’s in Louisville, CO on Thursday (a bunch of his co-workers were sick all weekend too). Thanks, Chili’s (and yes, Boulder County Health is investigating them for a number of issues now)

I have got to slow down when I ski

Day 2 – Saturday: Day 2 started with us checking on Chip, who looked even worse than he did the night before. With him being so sick (yeah, that’s the excuse I’ll use), we decided we’d take one day off and then ski Sunday and Monday. It was supposed to storm Saturday afternoon anyway, so Sunday and Monday should have been much better conditions. Mark, being the marathoner among us, headed out for his 12 miles, while James, Drew and I spent the day wandering about aimlessly, and ended up at the Frisco town museum (actually a nicely done history of Frisco). On a more organized trip, we might have gone snowmobiling, but our distinct lack of planning bit us hard this day.

For lunch at a place I’d never been before called Boatyard Pizzeria and Grill. It was fantastic and again, Drew ordered way too much food. Of course, we older, more experienced men had to do the same… 🙂

We stopped by the store and bought a can of Chicken Noodle Soup and some Saltines for Chip for later, if he felt up for it. He didn’t. We brought out the humidifier, which provided Drew with something to do for pretty much the whole time at the Condo.

For dinner that night, we stopped by the A&W Church in Frisco (yes, Christian music on the muzak, and fliers all over the walls), and then headed back to see if Chip had moved since Friday night. He had. He made it to the couch in the living room! Still hadn’t eaten anything, though.

Day 3 – Sunday: Chip was still quite sick on Sunday, so the four of us packed up my car and headed for Breckenridge. I don’t know exactly how, but we got out of the condo around 8:45am, which for us was almost a record. It’s rare that we get moving before 9 or 9:30am.

A tribute to the Choir gang

We had some light snow and heavy wind at Breck, but had a good time anyway. The snow was indeed better, and the wind, while occasionally bad, wasn’t a horrible problem. We spent most of the day over on the far south side of Peak 10. Mark and I played around on the double-blacks and blacks, while James and Drew played on the blue-cruisers. And for the second time in one day, we set another record. We normally don’t ski all the way up until closing time. We made it until 4pm before having a beer at the Brewhaus and headed back to the condo.

Drew had to be back at school on Monday, and Chip was finally up an moving around when we got back, so Chip decided to head back down the hill with Drew, while James, Mark and I would stay for another day of skiing. Snow was coming in that night with some horrific winds, but that could lead to some decent skiing on Monday.

The three of us headed back to the Boatyard Pizzeria for dinner that night, having enjoyed lunch just that much.

Day 4: We got up Monday morning to serious winds and snow. So serious, in fact, that the last words out the door were “Let’s drive up to Copper to see if the conditions are any better. If not, maybe we’ll head home”. And, for the second time on this trip, we got out the door way before 9am!

Driving up the canyon between Frisco and Copper was a two handed experience in my Tahoe. I don’t know how the big-rig drivers were even moving… But when we got to Copper, the wind was much slower, and it was snowing lightly.? We threw on the skis, jumped on the Super Bee, and were skiing on 6″ of fresh powder snow for the day! Mark and I loved this kind of snow, but James prefers more groomed runs. He headed towards the blue cruisers, while Mark and I stayed on the Super Bee. As you get to the bottom of the SuperBee, you ski right on to the chair (with no lines at all), so we got in a LOT of skiing that day.

By the early afternoon, my right knee was doing “weird things” I had never felt before. I don’t know if it’s because I’ve been adjusting my walk due to my still bad left ankle (from the Canyonlands trip last year) or that I’m just plain out of shape, but after three days of skiing and pain in places I haven’t felt pain before, I figured I’d better knock it off before I did somthing stupid. We’d been basically skiing all day, with occasional 8 minute rests on the chairlift, so I felt I got my money’s worth out of the ticket. These high-speed chairs have definitely increased the amount of skiing you can do in a day.

James actually outlasted both Mark and I today, and we met at JJs for a beer before heading back down the mountain at the end of the 10th annual Skiapalooza. 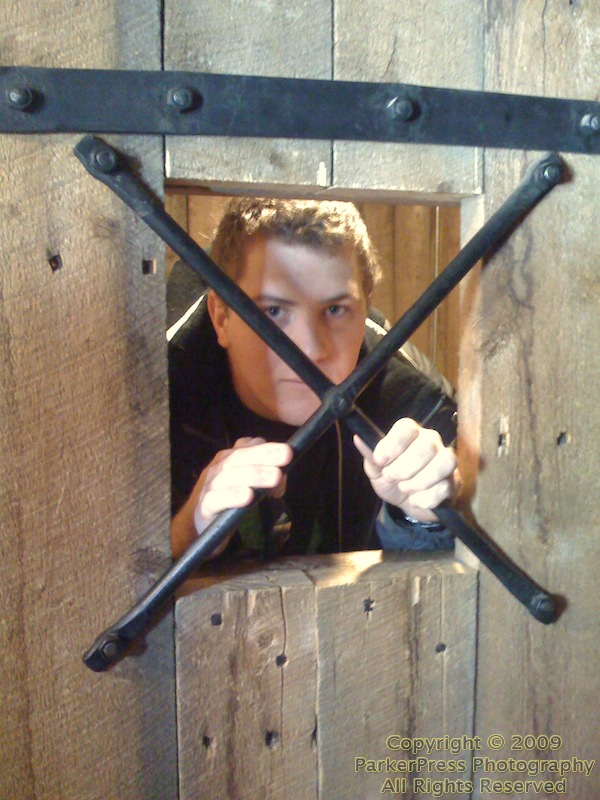 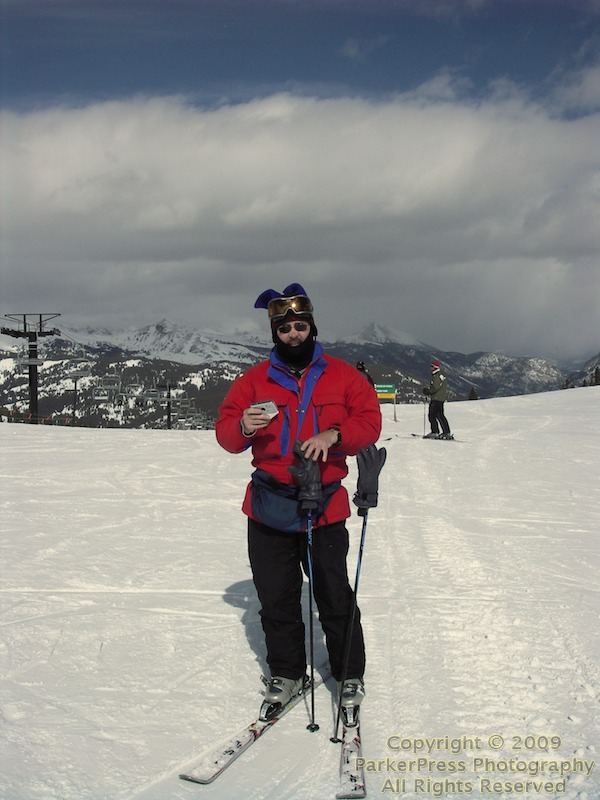 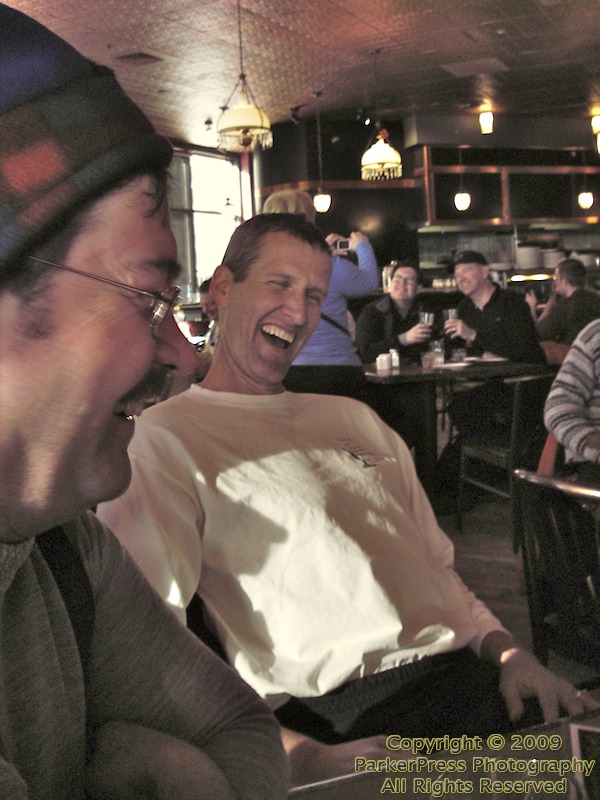 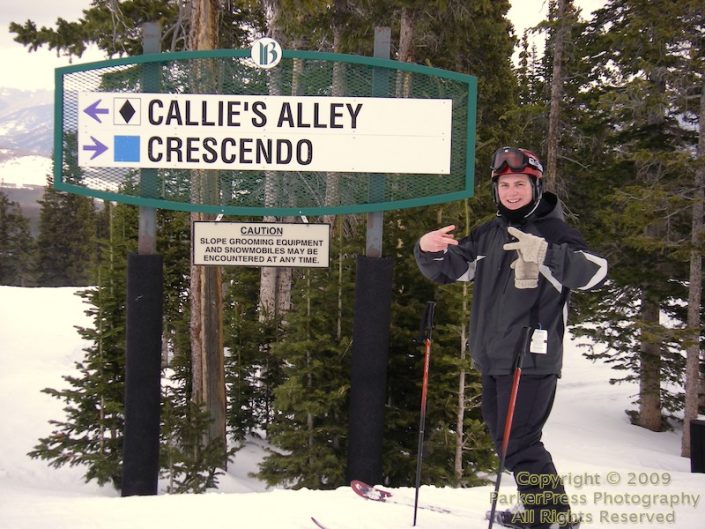 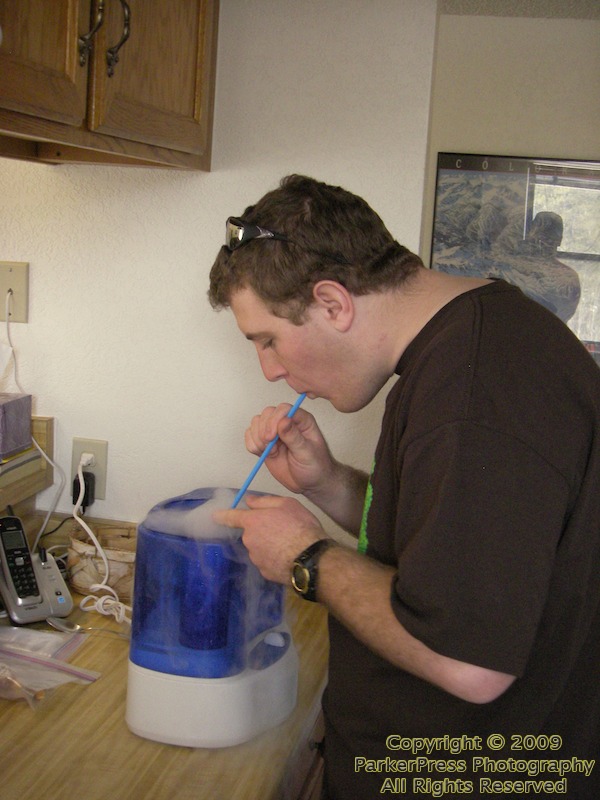 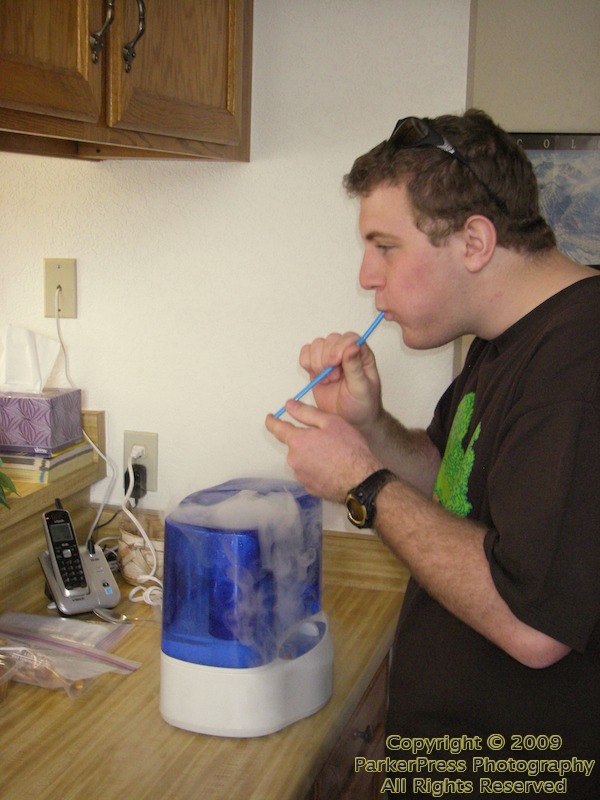 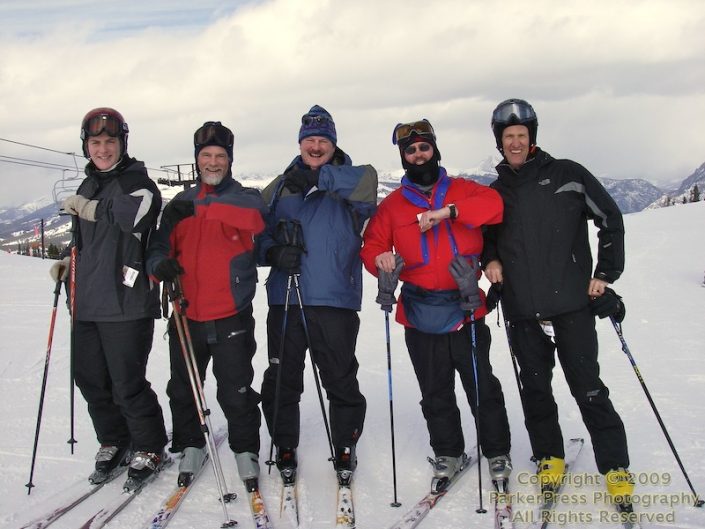 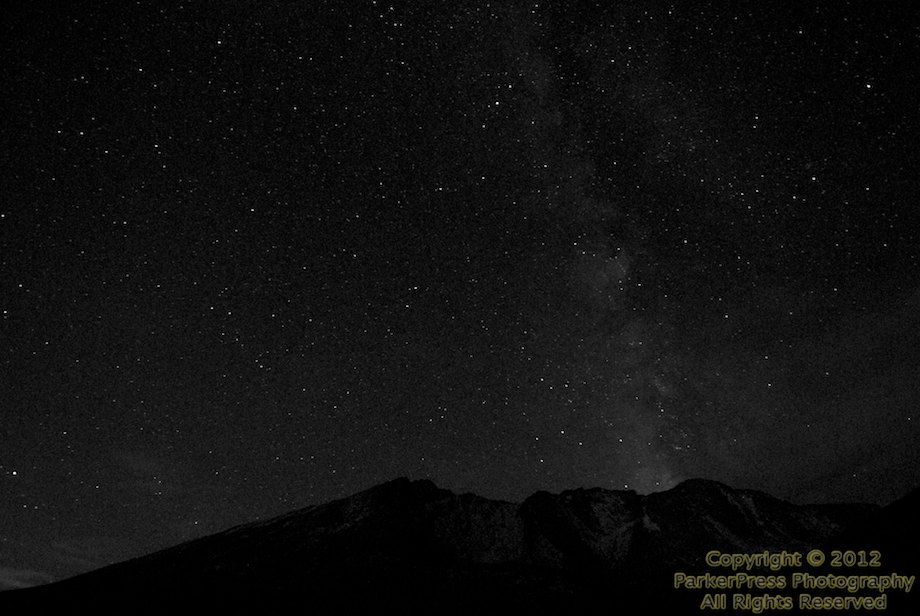 An attempt at shooting the Milky Way
September 17, 2012 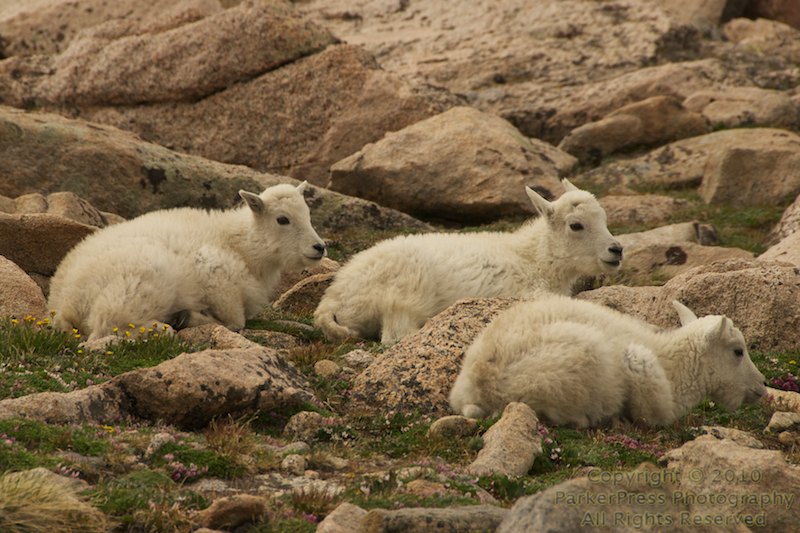 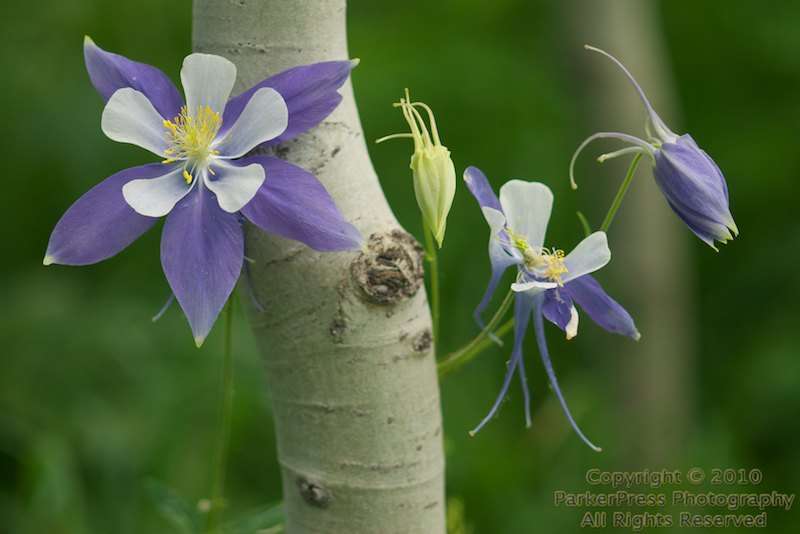