Going Solar (PV Solar, that is)

Panels from the North East

I finally made the decision to jump into some home improvements, one of which is putting a Solar PV array (Photo-voltaic) on the roof. I’m not home enough to benefit from solar heating, but I thought it would be interesting to see if I can end up with zero electricity bills at the end of each year.

Ali, a friend of mine, works at Conergy (a world-wide solar wholesale/distributor) and recommended that I talk to Bella Energy, an local installer who they work with often. I contacted Bella, and ended up purchasing a system from them (contact me for a reference if you’re interested).

For an east-facing roof (mine faces due east), I should expect to get about 77% of the efficiency of a south facing roof, which really surprised me. Apparently the panels work much better when cold (in the morning) than when warm (west-facing in the afternoon).

The market is getting a little crazy, what with rebates from the local electric company, and the recently changed law that gives you a 30% tax credit (of course, you pay income tax on the tax credit) so it’s really more like a 20% credit. The net cost to the consumer, after the rebate and the credit, is only about 30% of the price of the system. Given my “history” of electricity usage, I should be able to pay for the system in about 8-10 years, and that’s if the price of electricity doesn’t change at all (yeah, right).

The installers came out and had the whole thing installed in under 3 days, but won’t actually “hook it up” until after the first of the year, so that I can get the new tax credit (it went from a $2,000 credit to a 30% credit). The city will be doing their inspection soon, Xcelenergy will come install a “reversable electric meter”, and then we’ll fire up the whole thing in January. Below the break are some pictures of what it looks like, and a more detailed description of “what” was installed. 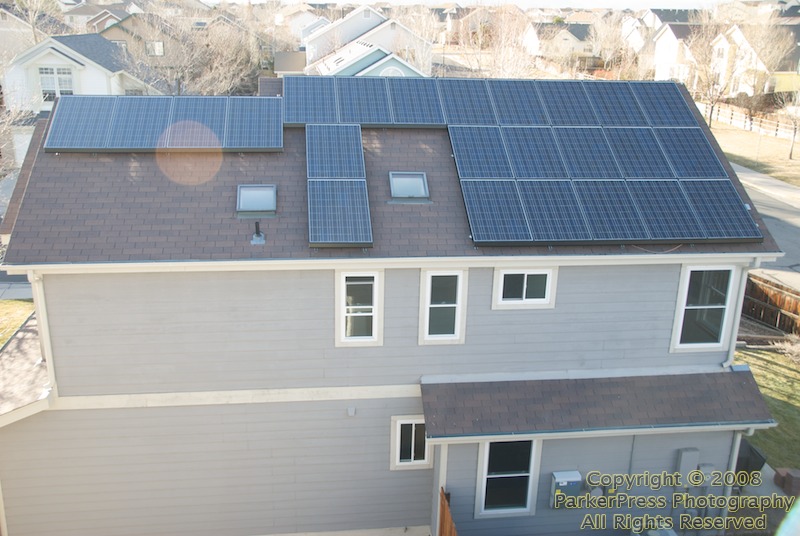 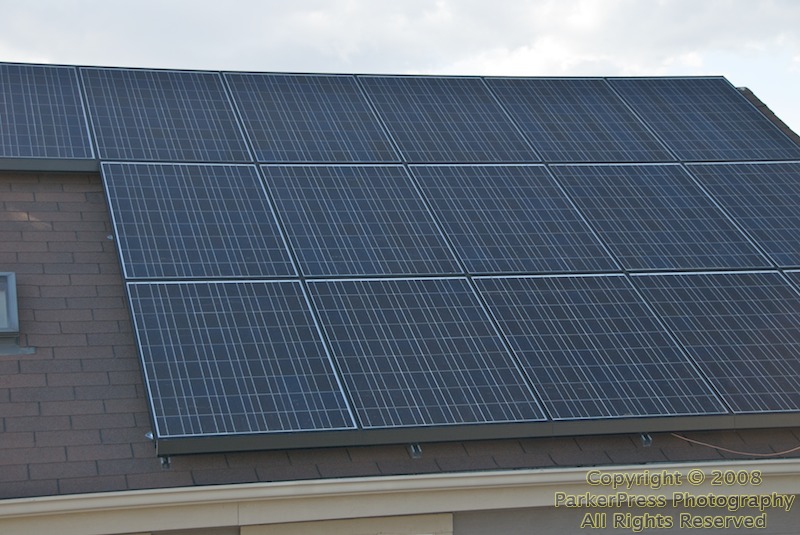 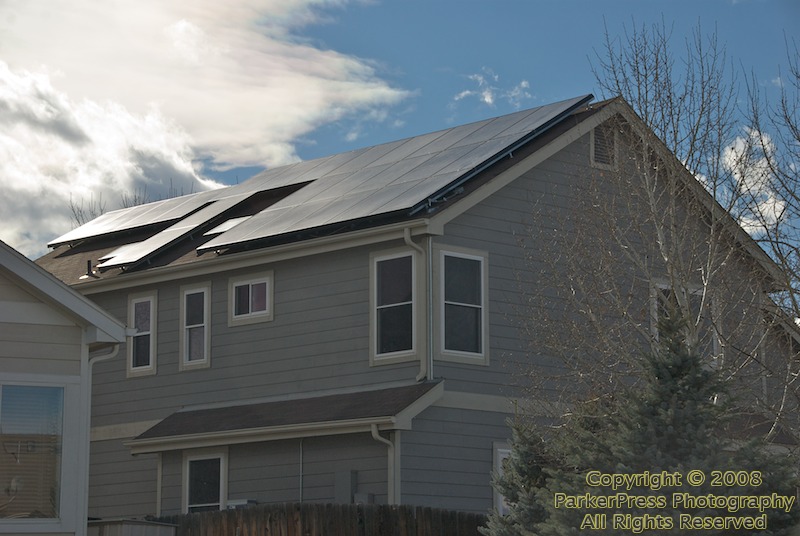 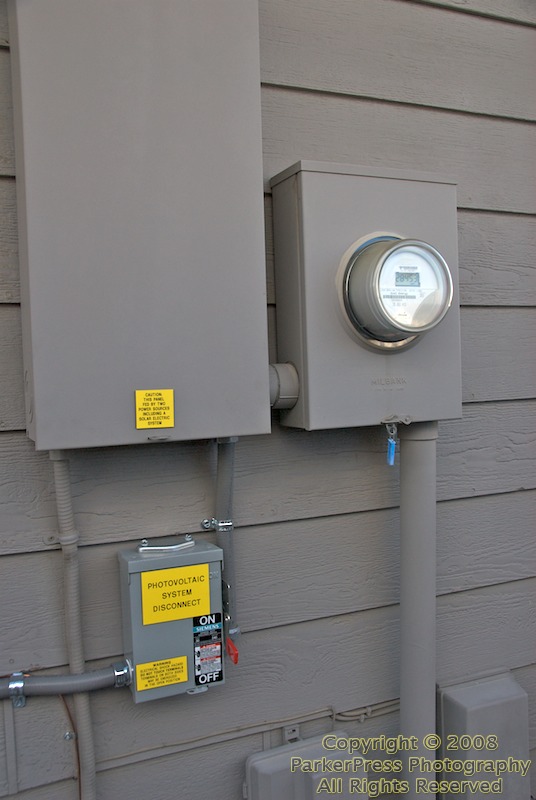 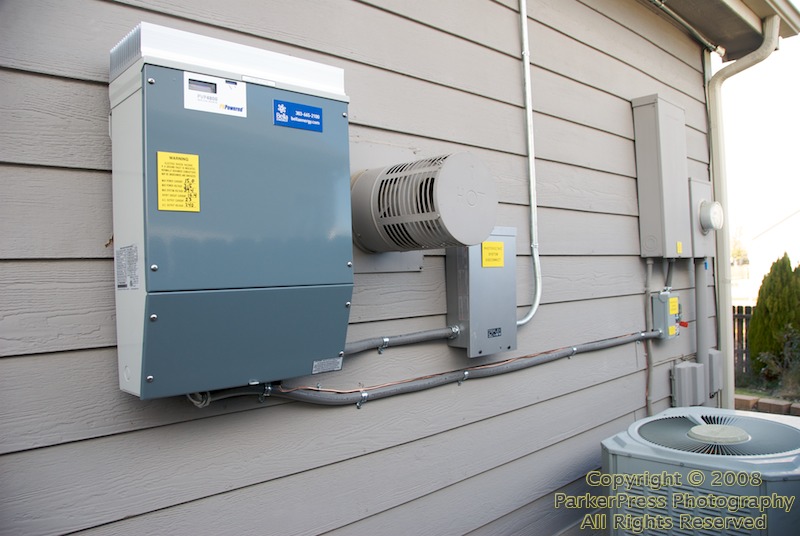 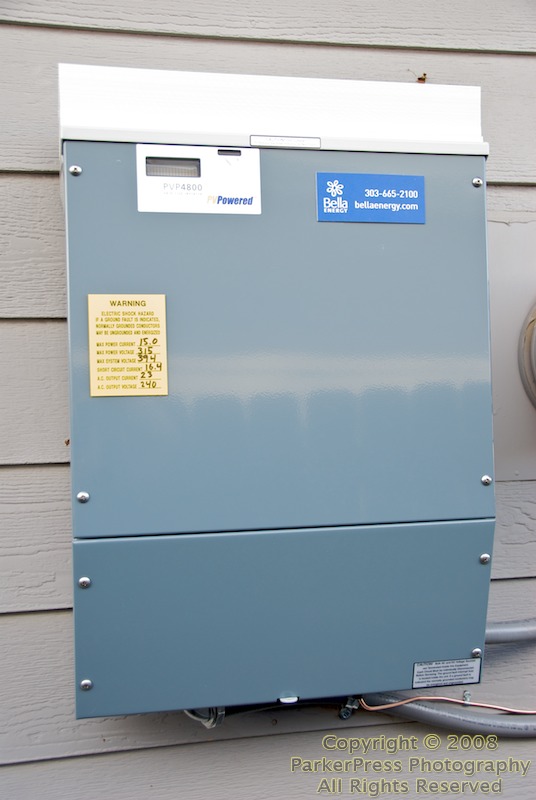 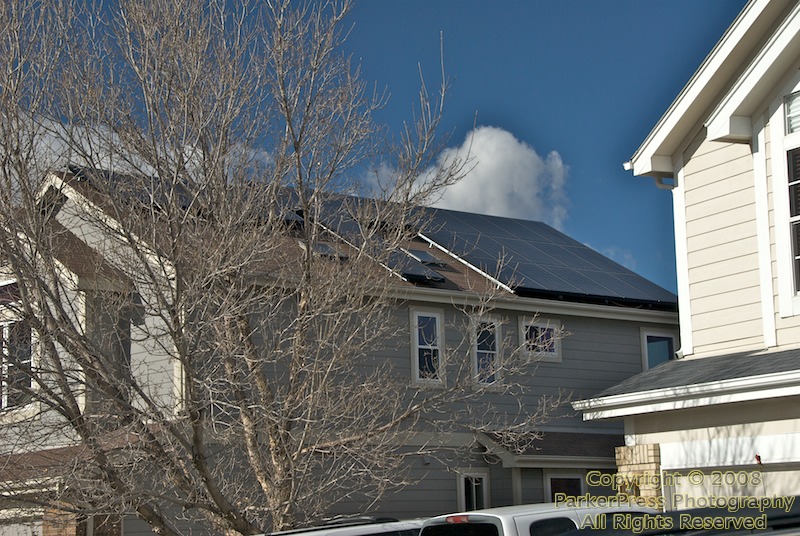 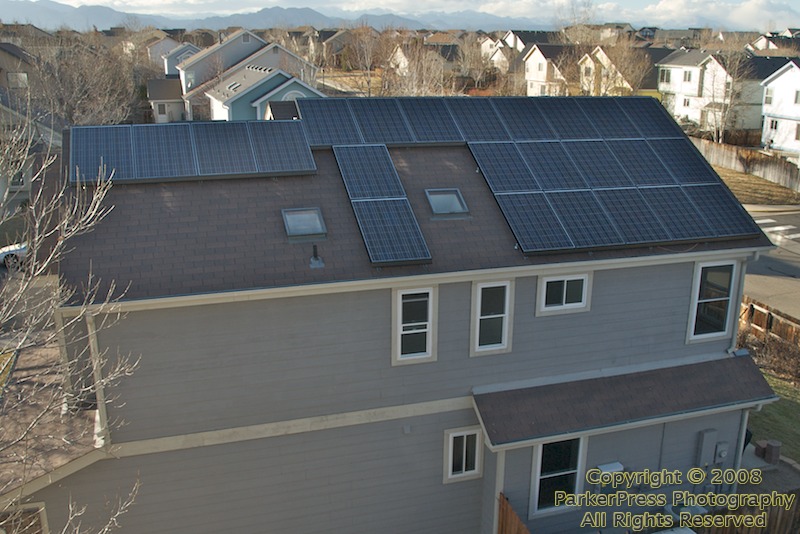 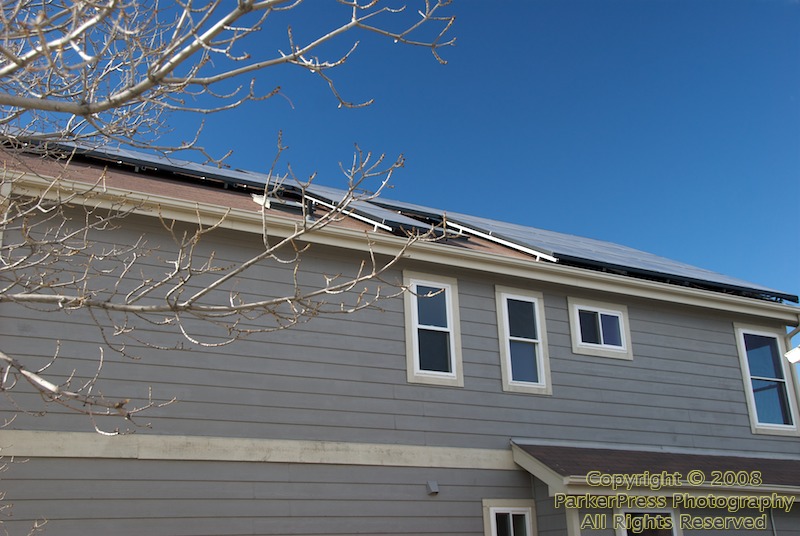 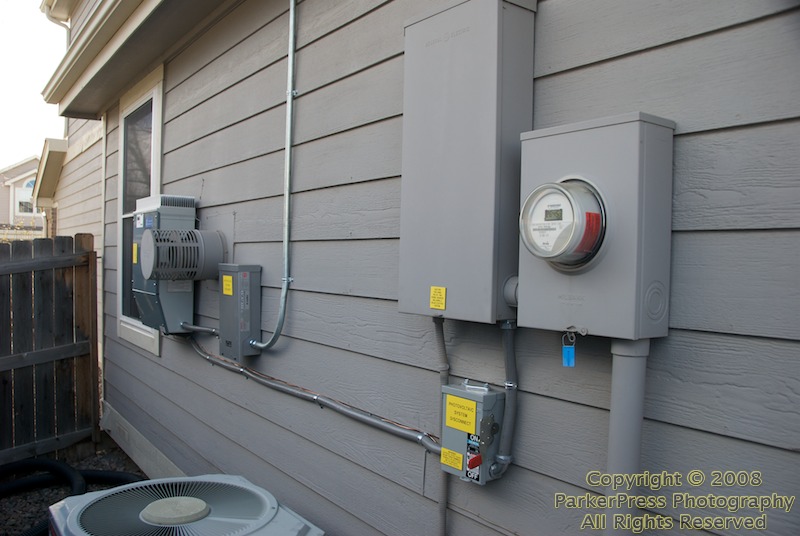 A year of Solar Power and some very accurate early estimates….
February 24, 2010