We got to sleep in today, and made it to almost 9:30. The day is overcast, with new snow (!?!?!) on the ridge directly opposite us, almost to the canyon floor. It’s about 10:30 now, and it’s starting to snow again. Very lightly, but snowing non-the-less. I thought I left the northern hemisphere to see spring and summer! This would be like getting a snowstorm at home towards the end of May. Not impossible, but unlikely. I’m pretty sure that they won’t be flying today, so we may have to schedule our trip for tomorrow morning before driving to Christchurch. We’ll just have to see what happens.

Today we took a tramp (a walk, not a person) up towards the Hooker Glacier. We headed up a canyon covered with huge gravel moraines left when the 6 glaciers that worked this valley retreated at various times. We continued right on past the terminal of the Mueller Glacier, up towards the Hooker (Glacier, that is). We crossed two swinging bridges through kilometers of gravel and rocks. Up and up towards the Hookup Glacier terminal. On the way up, there were huge ice shelves hanging high up on the left side. They’re called “ice falls” when the terrain is too steep to keep the ice up there. The Hooker Glacier is just as dirty (covered with gravel) as the Mueller and Tasman. All three of them have from one to three meters of gravel on them. Both sides of the valley have huge walls of gravel on them. There are rock slides everywhere, which may be the primary reason the glaciers are covered with gravel.

After 5 kilometers, we reached the terminal lake. Very large, and very cold. It’s only 0.4C all year round. Chalky white water. Small to medium turquoise blue icebergs floating around. Sitting there listening to ice cracking and rocks falling wasn’t as easy as it was at the Tasman, since the river was running right next to us. It’s still a very weird place, proving once again that we can never understand what Mother Nature is up to.

The walk out was done rather quickly, since it was starting to spit rain and snow again, although by the time we got back it tried to clear up. We went to the store, picked up pasta, sauce, and veggies for dinner. We ended up making far too much food, which we felt we had to eat. Now we’re sitting here updating journals. Mine’s easy. Only about a half-hour of work. Bill’s just starting to work on November.

We have a tentative reservation for a helicopter ride tomorrow at 11:00am, but at the price, it will have to be a spotless day before we go. I’m not quite as excited as when we were at the Franz Josef, since it’s supposed to be clearing tomorrow, but we’ll have to see what happens.

I can’t believe that we only have two days left. It seems to be only a few days ago that we were in Cairns. But it’s been four weeks since we were there. Pretty amazing, the way time flies when you’re having fun. 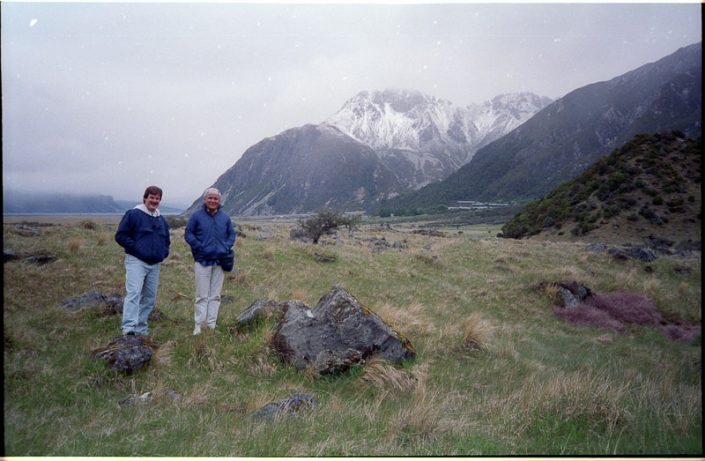 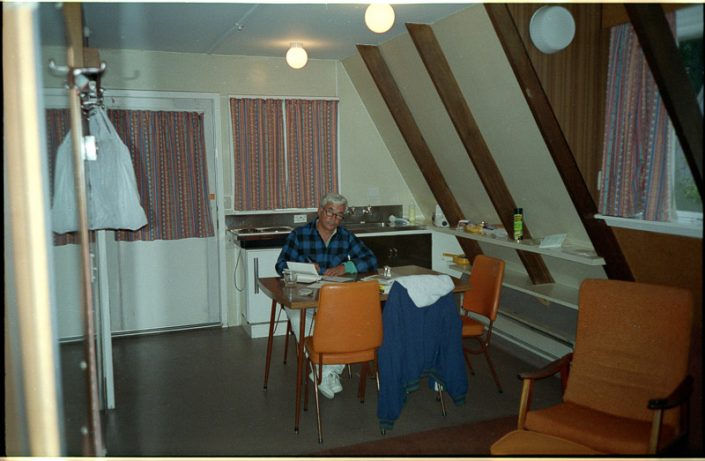 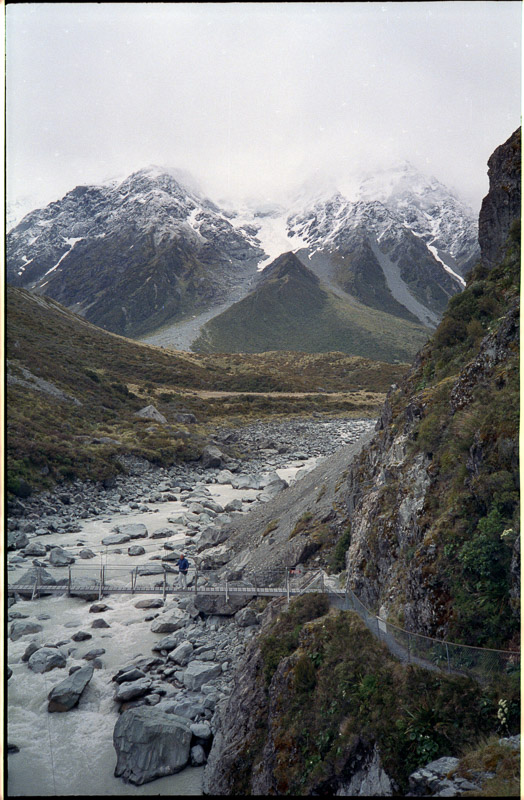 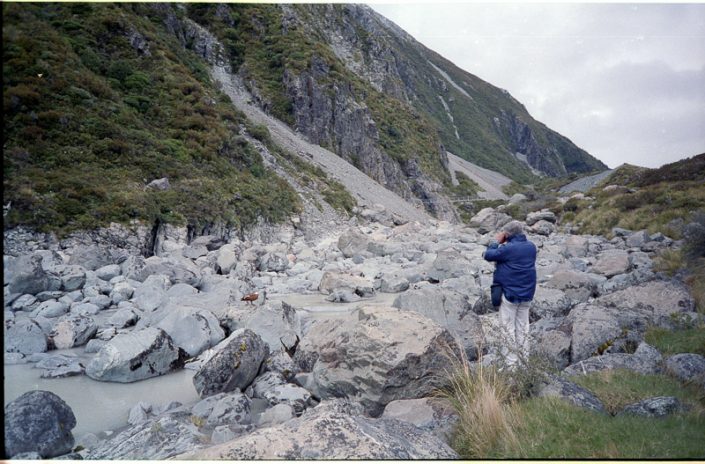 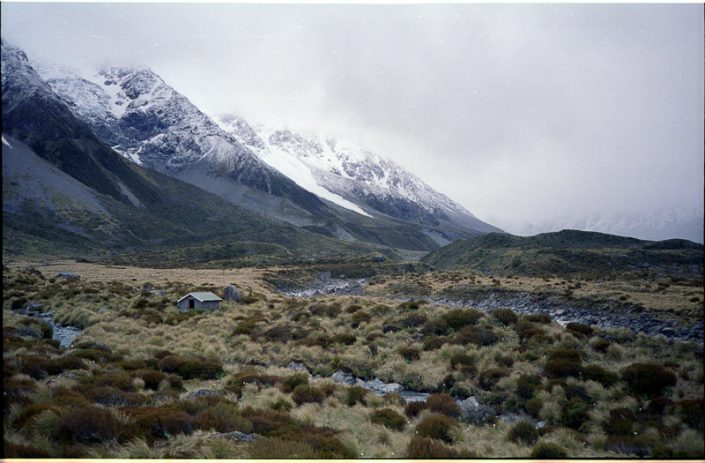 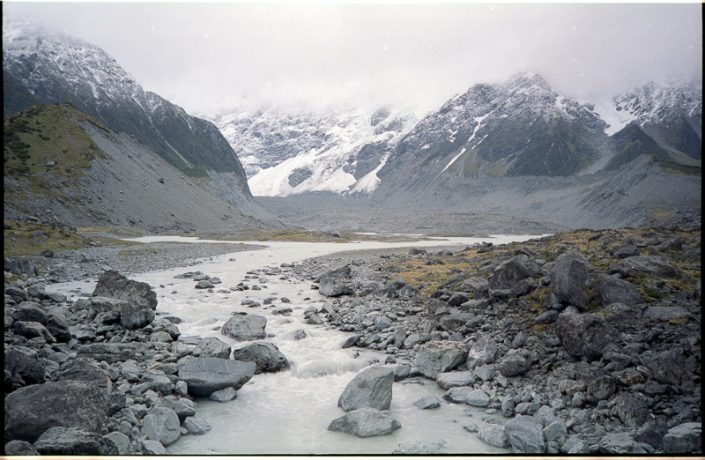 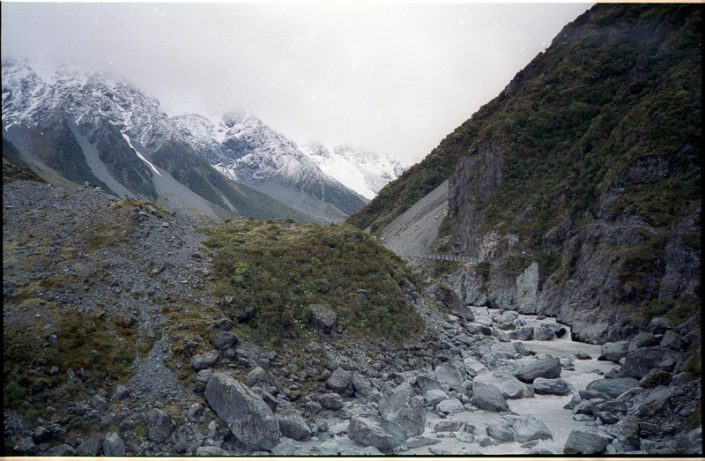 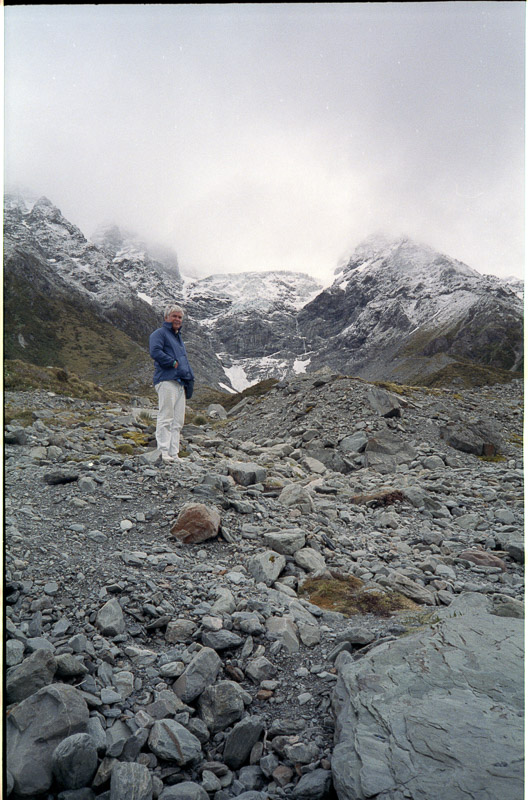 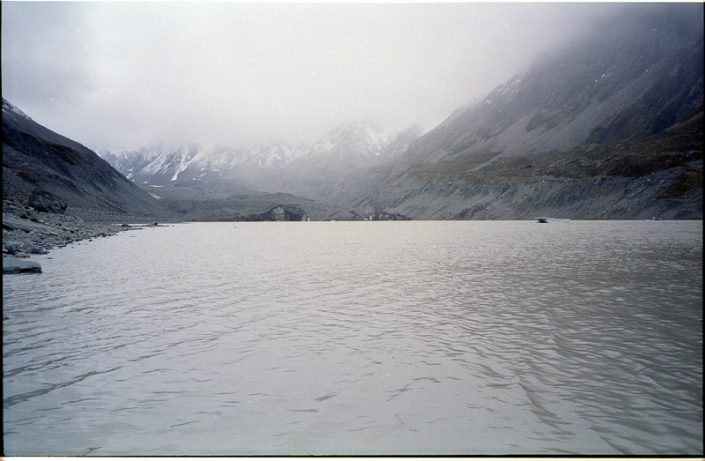