Yesterday (Monday), which was today before today: We got up for breakfast which was also attended by an older couple from Kentucky. I really hope they aren’t the typical American tourists, or the locals must have a pretty poor opinion of Americans.

We finished up and headed south on highway 6 through Greymouth (the Jade River) to Mokitika. Since this was the last big town on the road south, we stopped so I could buy a poncho (I forgot to bring a rainproof jacket). I paid $13.50NZ and just the simple fact that I bought it should prevent rain for the next week or so. A quick fact: Hokitika gets over 3 meters of rain per game.

Leaving town, we swung inland for a few kilometers to Shantytown, a re-creation of an early gold mining town. This country was big in gold production in the late 1800’s It was my first ride ever on a live, working steam locomotive. That part was kind of fun. It was kind of eerie how closely this place resembles any gold town from California, right down to the rockers, Placer mining guns, and huge piles of displaced slag. Then we find out that alot of the miners down here had been in California during the 1850’s.

We continued the drive south on highway 6, with the ocean on the right, and the mountains on the left, partially obscured by clouds. We began to catch glimpses of very high, snow-covered peaks through gaps in the clouds. I just wish it could have been a clear day. We took another side trip to the coast, and a little place called Okarito. This town consisted of maybe 15 houses, if that many.

Back on the highway, and into very high country with the Franz Josef glacier right in front of us. We took a dirt road right up to a viewing platform about 2Km from the terminus of the glacier. It’s a dirty glacier, filled with mud and rocks, but still quite a spectacular site. The valley walls climb vertically almost 1000 meters. We took a few pictures, and headed back to town for dinner at a tavern/bistro, and checked into the first hotel we’ve stayed in since leaving Auckland. It’s a nice place with a view of the canyon (you can’t quite see the glacier from here). It was quiet, with good beds, but we’ll sure miss that homemade breakfast we’ve been used to.

Today (Tuesday): We woke up to broken skies with the sun actually showing up at times. We’re scheduled to fly at 10:30, so I’m starting to get a little excited about the whole thing.

Stay tuned for what may be the longest entry yet!

Well, it isn’t going to be the most exciting entry yet, since we couldn’t go. The weather at 8:00am was beautiful, but by the time 10:30am came around (our scheduled flight), it had clouded over and they were cutting back on two thirds of the trip, so we skipped out and headed south (with almost no gas) to see the Fox Glacier. We put in enough gas (at 11 cents per liter more than anywhere else) to get us to Haast. We parked and walked up to the terminal end of the Fox Glacier. It’s impressive, and much larger than it looks. The exposes faces are a light, chalky blue, and the rest of it is white. You really have to see it to believe it.

We continued on southward to Haast. There’s only two gas stations in town, and the next one is over 150Km down the road. Because the gas was so highly price, we calculated that we’d need 12 liters of gas to get us there. We had a strange lunch, mine was a chicken burger with coleslaw. On the burger. It was kind of surprising, but no too bad. At Haast, we turned due east, heading up the Haast river into the Southern Alps and the most spectacular country we’ve seen so far. The river must be quite a site when full after an intense rain. The valley is almost 1/2 mile across.

We turned due south again, and climbed up and over Haast Pass. Looking back up the valley, you could see Eureka Mountain, over 1860 meters high, no more than 50Km from the coast. Then we started down the Eastern side of the Alps. We came across Lake Wanaka and Lake Hawea, both about 50Km by 5Km and mirror smooth. It was really weird to see that big of a lake as smooth as glass, and nobody on them, either water-skiing, or even just fishing. We took some pictures, and then decided to take a shortcut to Queenstown through Cardena. The road we took was about 25Km of sealed and 25Km of gravel/dirt. It went through the back country and was quite a lot of fun just to be four wheeling our way down south.

We pulled into our homestay here in Queenstown about 6pm. The house sits on a hill above Lake Wakatipu, in a suburb of Queenstown called Frankton. Our hosts were Louis and Ivan Lindsay. Another beautiful view out of the windows. We still seem to be picking all the right places!

We headed into Queenstown for dinner and a walk around. This is, by far, the most tourist oriented place on either island. There are shops everywhere, all with jacked up prices. It’s someplace we want to get out of, since neither of us are interested in this type of place. For excitement, we are planning a river jet-boat trip with a company called the Shotover Jet boats.

In the homestay, there was also a couple from Australia, and two men from the UK. It proved to be quite an interesting dinner table conversation when the different personalities got going. 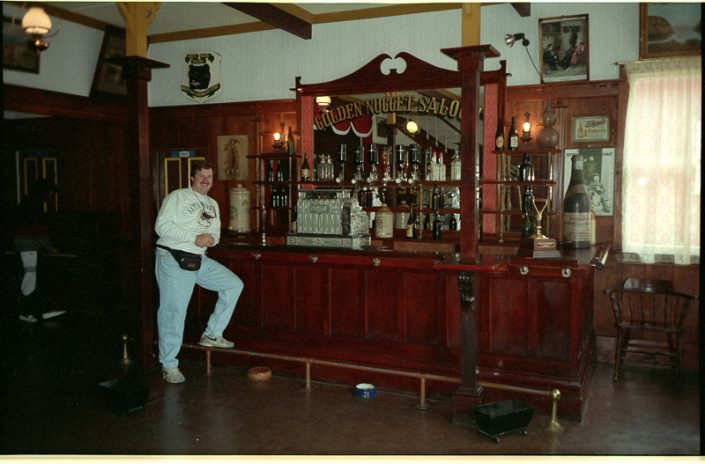 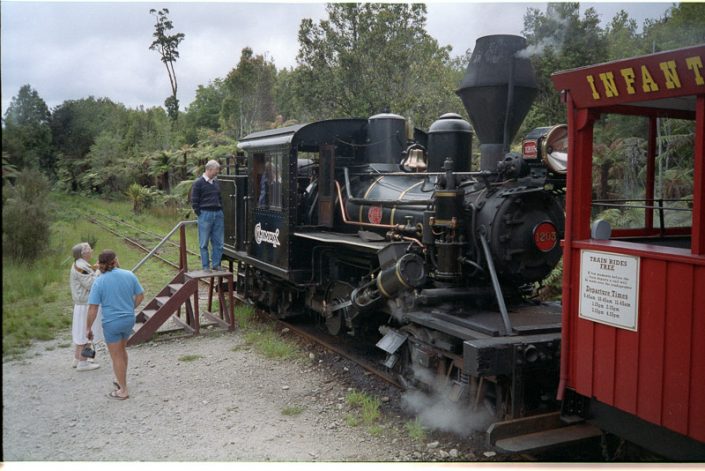 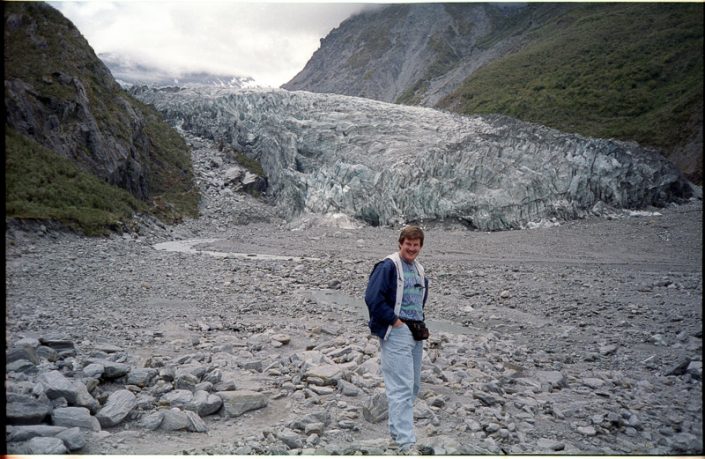 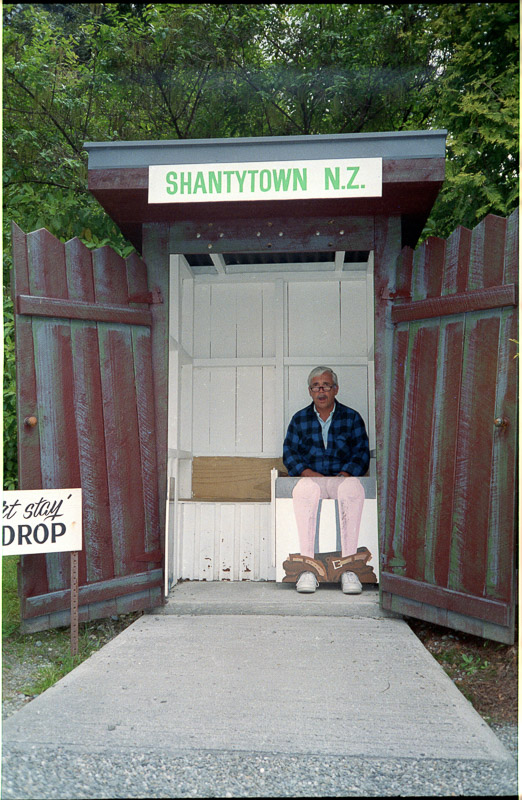 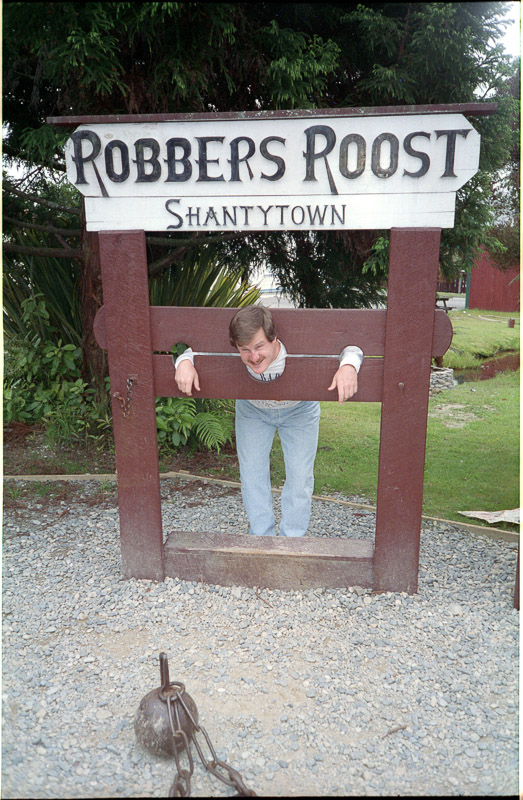 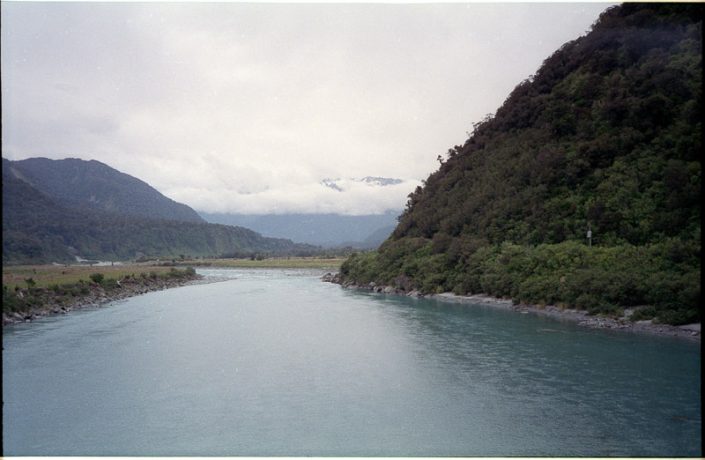 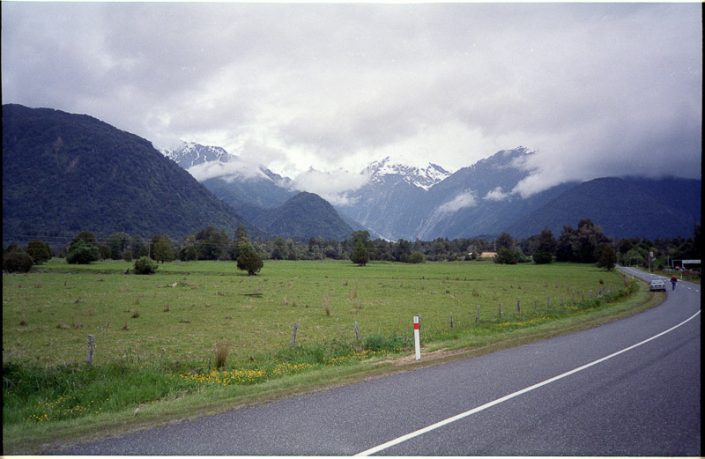 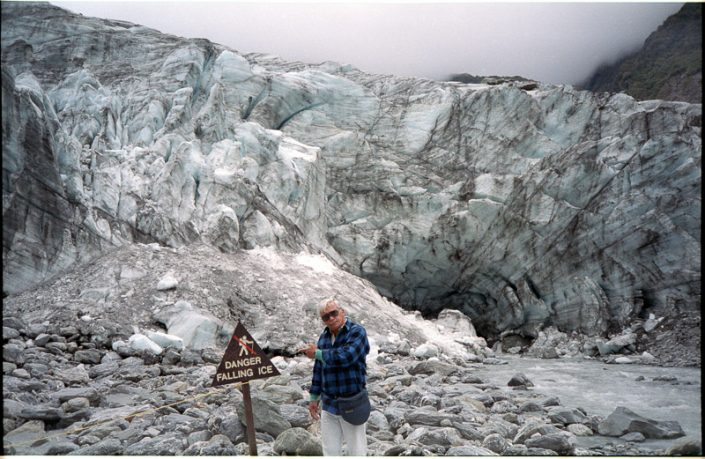 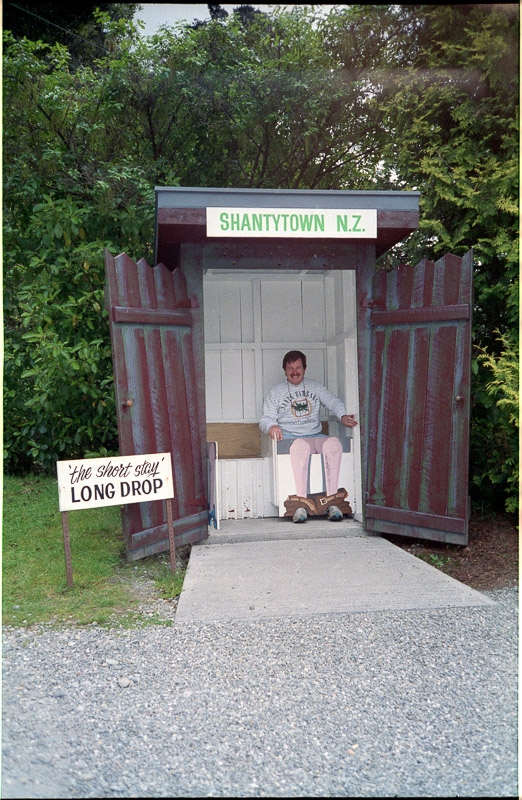 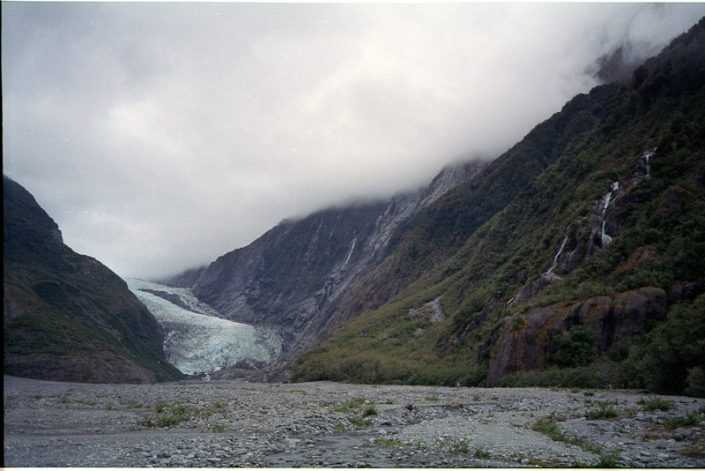 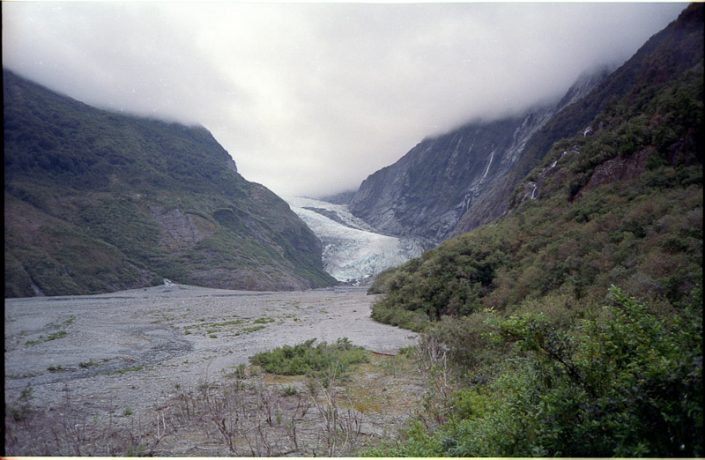 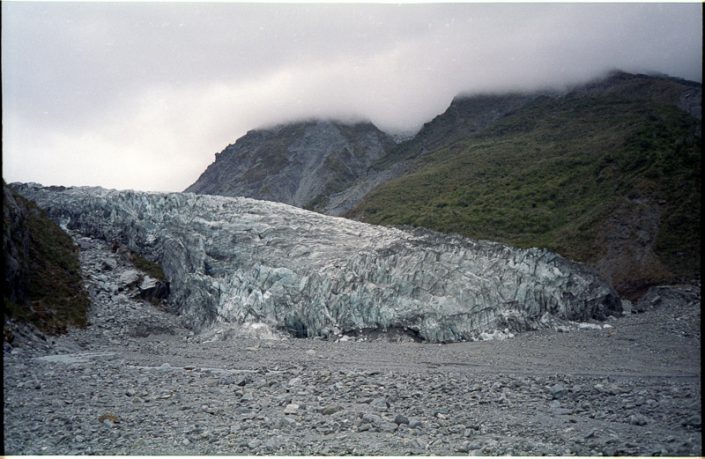 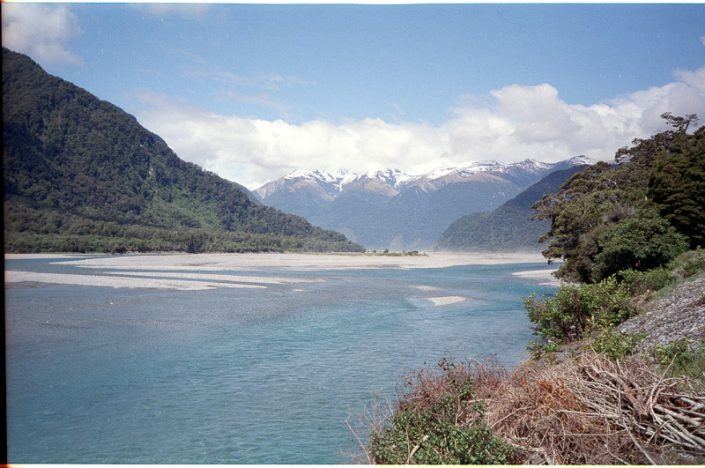 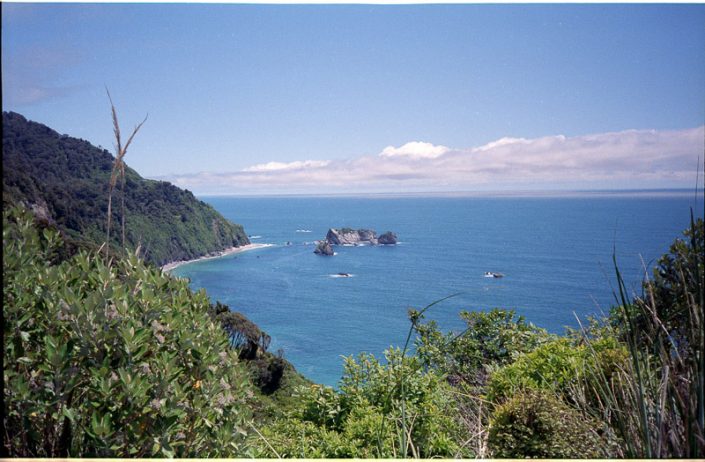 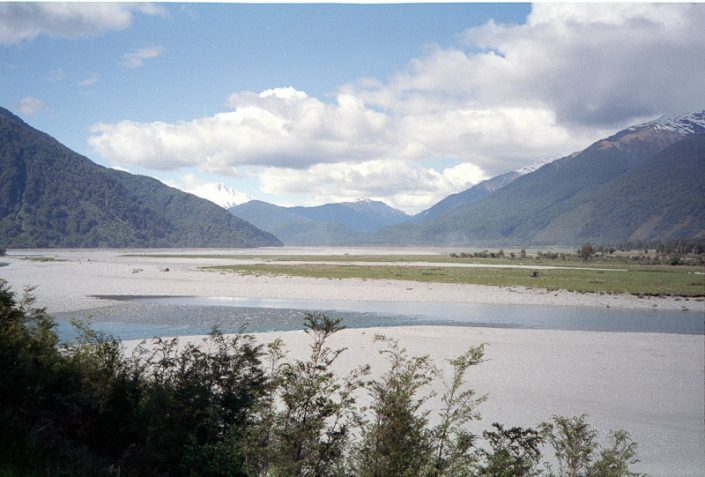 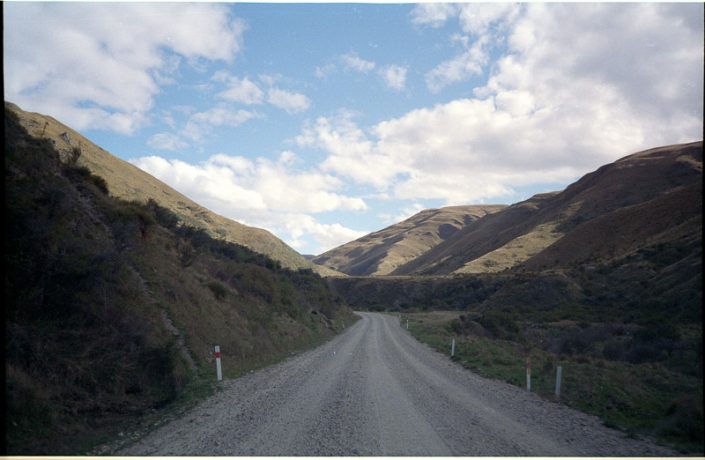 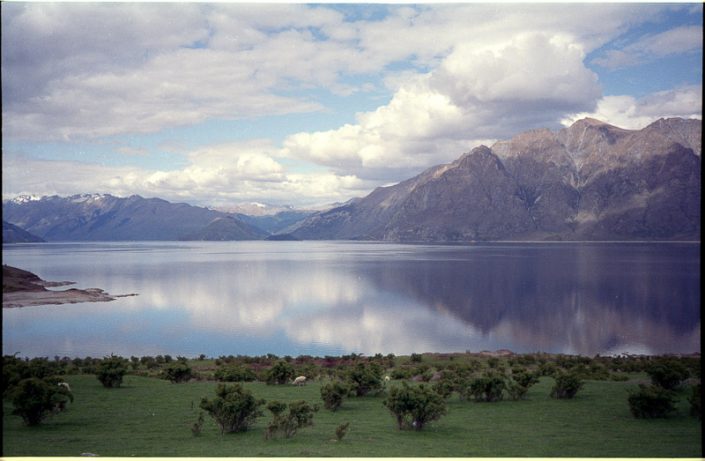 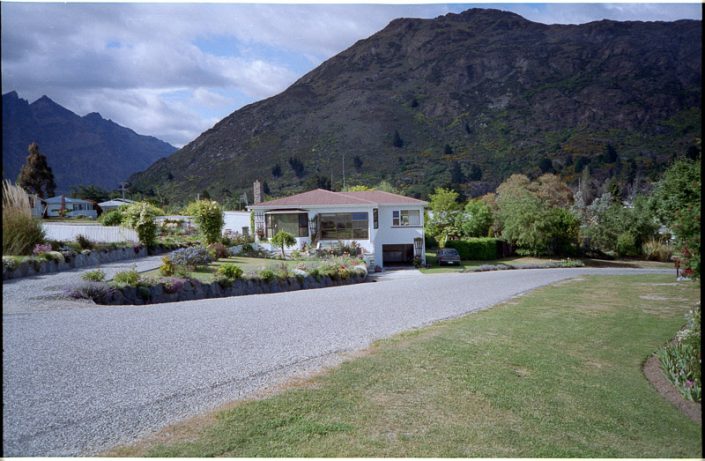 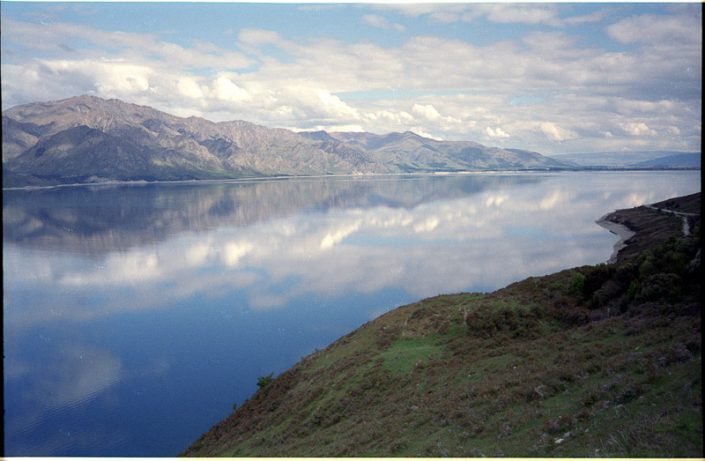 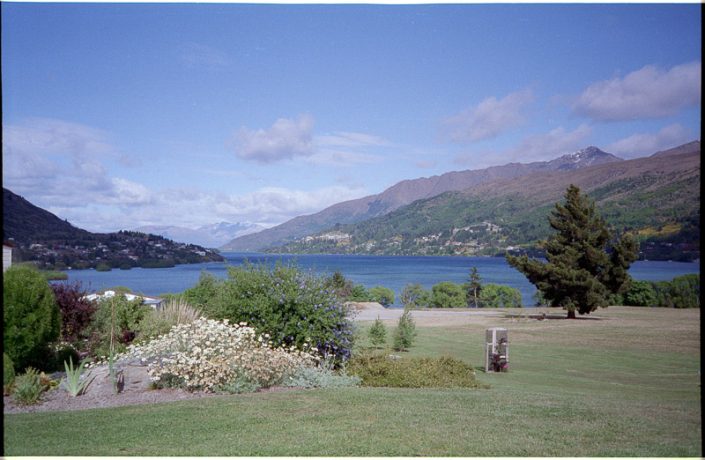 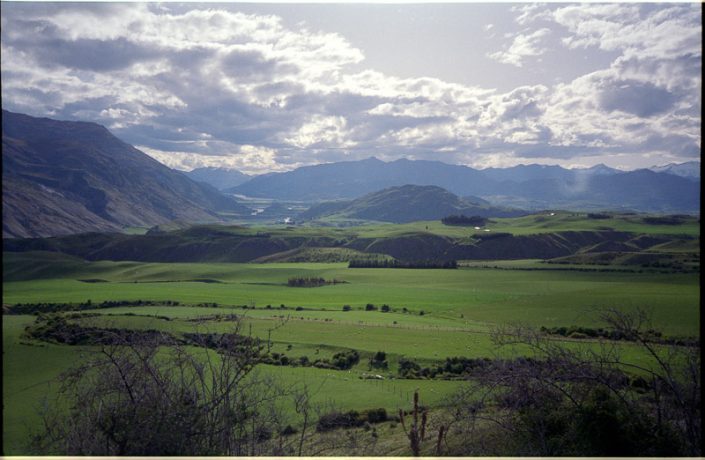 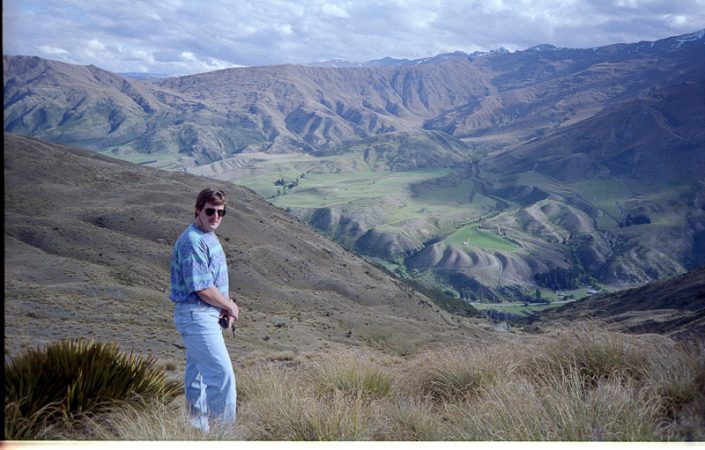