Up again for another day that went by too fast. We said our good-bys after promising that I’d send them some Iced Tea samples (they’ve never had Iced Tea). We headed west, since Rex promised us good weather once we got there. Weather patterns, on the South Island in particular, are rather unstable, and move fast. So, if you have bad weather on the east, head west, and vice-versa…

We followed the Wairau River about 100Km to St. Arnaud, which is a beautiful little chapel on the edge of a beautiful mountain lake. We’re now only 100Km from semi-arid desert, and have huge snow-covered peaks in the background. Exactly like a trip from the high-desert in Nevada into the Eastern Sierras.

Next we picked up the Buller River, heading due west, over to a quick diversion down to Lake Rotoroa (not Rotorua). Another beautiful high mountain lake similar to Lake Arnaud.

We continued down the Upper Buller Gorge, through the Buller Gorge, and out to the Tasman Sea. Driving south on Highway 6 is very much like driving north on highway 1 in California at this point, right near the Monterey Peninsula. It becomes very obvious very quickly why only 5000 people live on the entire west coast. It’s pretty vicious, even on a calm day. However, Rex was right. It was a beautiful day. We headed due south now, and stopped at a place called the Punakaiki rocks, or Pancake Rocks and Blowholes. These are weird layers of sandstone eaten away by the sea, until what remains looks like a stack of pancakes. A rather large one. There is an interesting phenomenon here where the ocean has eaten away underneath a bluff, and made a huge underground cavern. Eventually the cavern collapsed, and leaves a huge arch near the sea with a large pit. During high tide, the sea rushes in under the arch into the ex-cavern which now has no top, and goes straight up into the air. Another spectacle, courtesy of Gaia.

A short distance further south brought us to our next home on the coast. Our hosts, Tony and Ib Pupich, have a very nice home on a bluff at Nine Mile Creek. The house sits about 100 yards back from the sea, looking towards the west. This house was another great choice. We went for a brief walk down on the beach to look for jade. It washes down the Grey River and out to sea at Greymouth, where it’s polished by the wave motion and sand, and then just washes up on shore. Apparently alot of the locals do these walks regularly.

After the walk, we jumped back into the car, and drove down to the town of Greymouth for burgers at Steamers (a bar). We stopped at a jade shop in Greymouth to see some of the boulders that have washed up in the river. Some of them were almost solid jade, weighing in at 100 Kilos or more! We headed back to the house, and stayed up talking until very late. We need to catch a helicopter early in the morning, so I’ll catch up with Today Tomorrow, which will be Yesterday then… 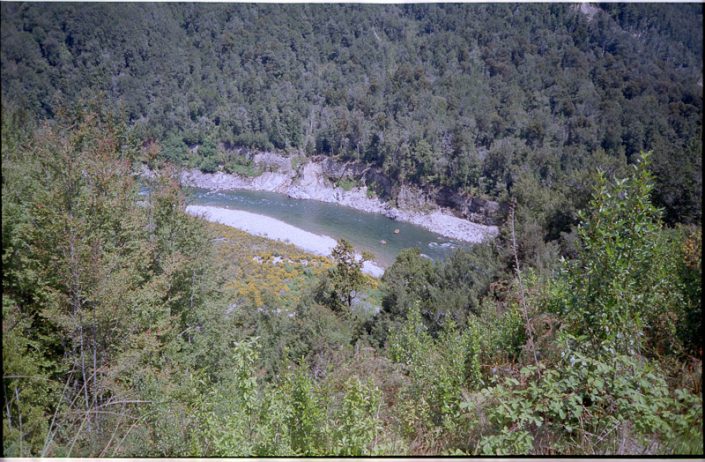 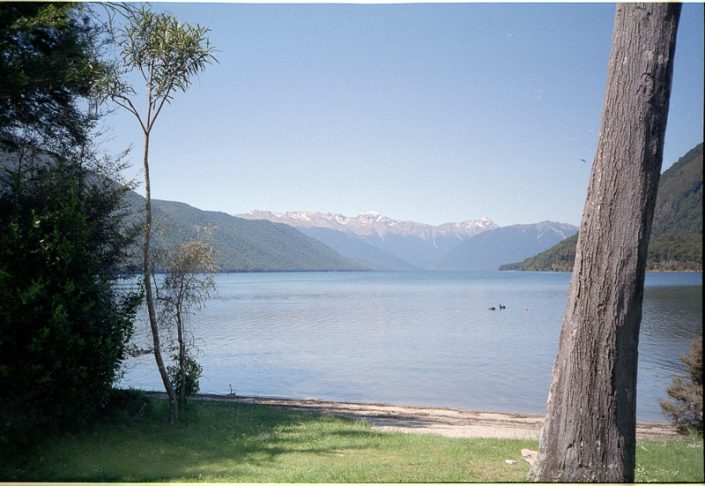 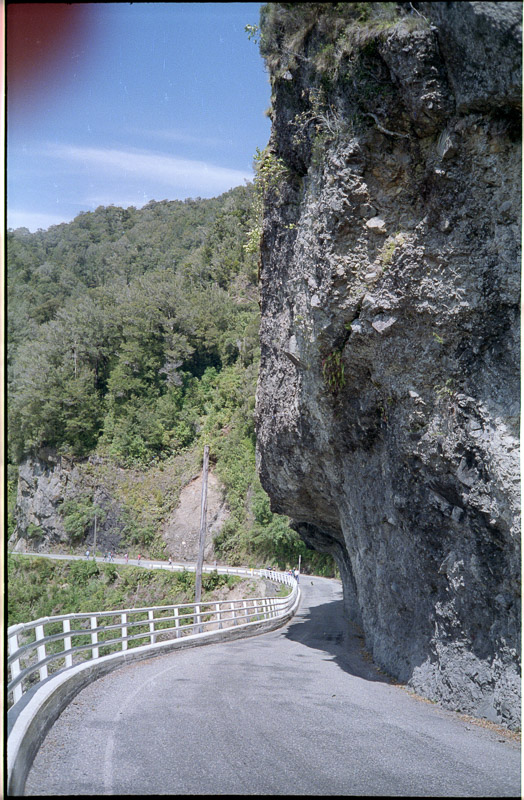 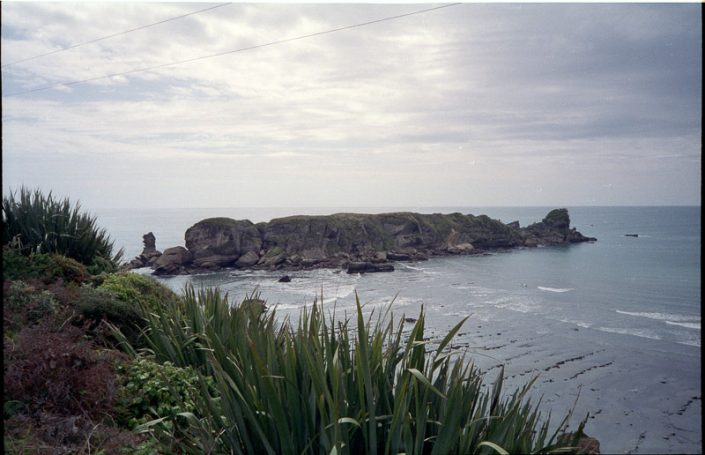 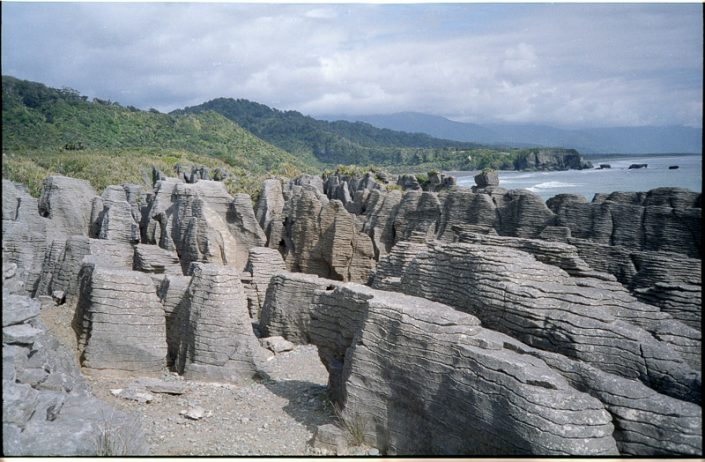 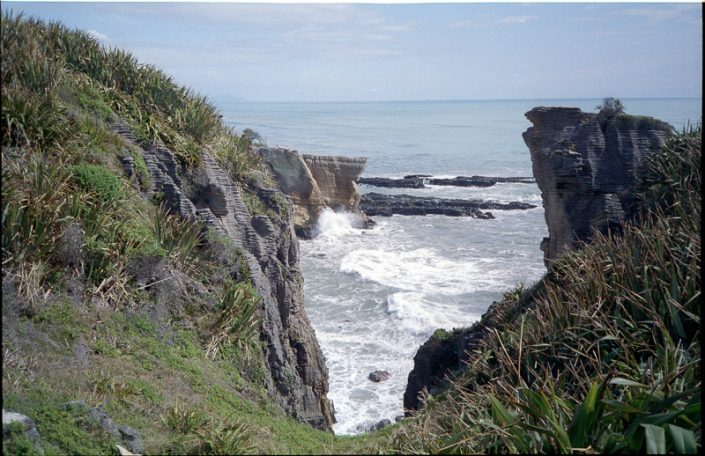 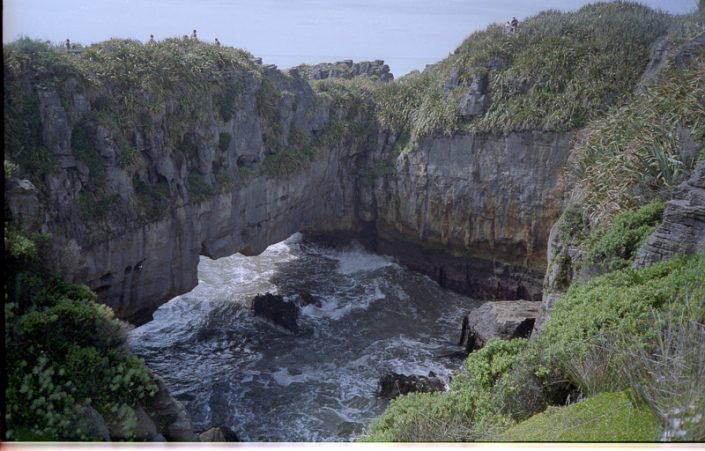 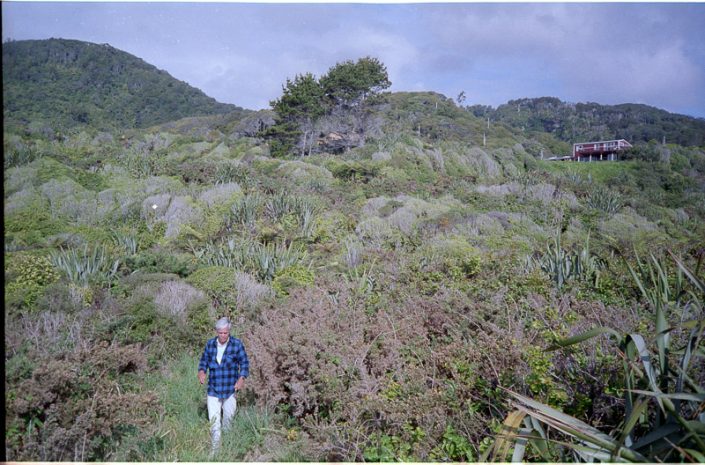 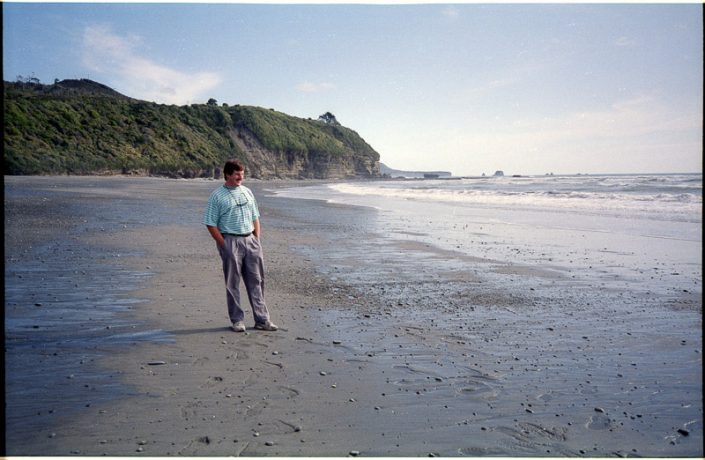 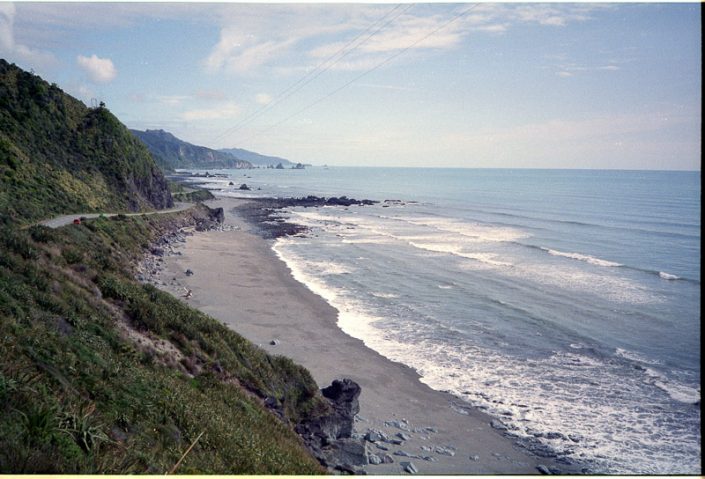 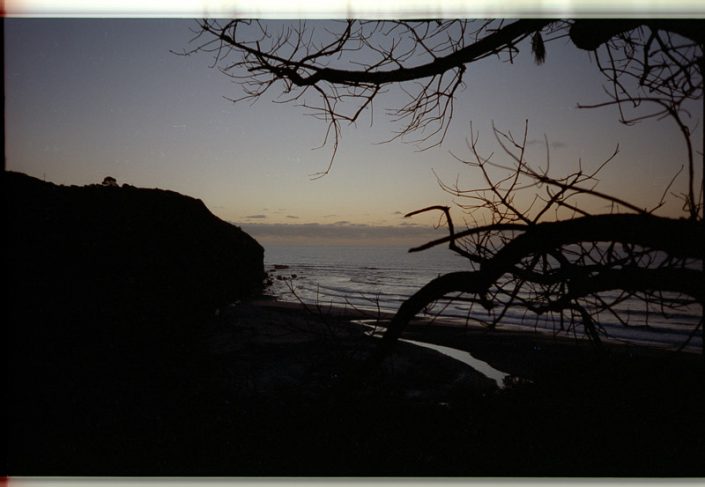