We’re sitting here in Ohakune doing laundry in an estate (just wait, I’ll get to it soon) and thought I’d catch up.

Wednesday : We got up around 8am to a very nice breakfast prepared for us. We ate and talked even more. Then we headed back towards Rotorua to the Maori Arts and Crafts Institute for a show and some Maori background, along with geysers, mud-pools, and other smelly vents. The Maori name for this place started with Te Whakarewarewa and went for at least 20 more characters. I had to take a picture of the sign just so I’d have it. The cultural show was great. The performers were very talented, and very entertaining. I never really thought about it, but the Maori sure are very polynesian in culture. The show reminded me alot of the Polynesian Cultural Center in Hawaii.

After the Institute, we drove over to the SkyLine (a gondola above Lake Taupo) to see how much it costs. It was a little to pricy just for the ride, but at the top they have three separate luge runs, two concrete and one stainless steel. I should have gone, but what the heck. Maybe I’ll lie, and say it was raining, or something like that. So… We drove up another road behind and above the skyline for pictures. Too bad it was heavily overcast. The pictures would have been beautiful.

We headed back into Rotorua for a quick lunch at McDonalds, and then back to the Pilmer’s, picking up our one-day fishing license on the way. When we got back, we picked up Tony and his boat (actually we went with Tony) and headed out onto the lake for trout fishing. The fishing wasn’t too good, but it was fun sitting in the boat, swilling a beer, and watching the rain fall all around. It wasn’t a real problem, since the boat had a canopy, but it sure made fishing hard. In fact, I caught the only three things we caught all day: fresh water mussels, all at the same time. Somehow there were two on the hooks, and one about 2 meters up the line, just holding on. Weird…

We managed to stay fairly dry, though, and when we got back to the house, we a all sat around the house trying Tony’s stout and the German lager, two more of his home brews, both very tasty. I guess I’ll have to look into brewing when I get home. We sat down to a nice steak and potatoes dinner, with broad beans (very good, but I hadn’t ever heard of them) and followed up with a very good strawberry cake-like think called Pavlova. It’s basically just egg whites and sugar. It was very good and very light. We stayed at the table talking until about 11:15pm, when we finally wrapped it up.

Thursday : Up to breakfast by 9am today, in preparation for our departure from the Pilmers. We headed south to Waiotapu. This place was really unusual. It cost us $8.00NZ, and the walking track took us almost two hours to complete. There were mudpools, huge bubbling craters of various colors, a large, shallow pond with different colors in it, nice silicate encrusted terraces and waterfall, a pinkish pool called Champagne Pool, and more. There was even one steaming crater about ten meters across, where myna birds and starlings nest in holes in the wall. Biologists are still not sure “whether the heat incubates the eggs”.

We then headed south, stopping at a place called Huka Falls. This is a narrow gorge, about ten meters across, where the Waikato river comes through. Apparently the eight hydro stations on this one river generate 33% of New Zealands electrical needs. Of course, this is just what they say. Everybody in New Zealand tends to exaggerate greatly. The falls are about four meters high at the end of the gorge with clear, turquoise water thundering down. It was quite a sight.

Continuing south, we went by the shores of Lake Taupo. It’s the largest lake on the north island, besides that small one to the east they call the Pacific, and it’s about the size of Lake Tahoe. It was too overcast to get a really good picture, so we kept on going into town. We stopped an yet another McDonalds for lunch. This one had a real DC-3 mounted on stilts right next to it, with stairs going up into the cargo section. The cargo section was filled with dining tables. The cockpit was behind a plexiglass wall, still in its original condition. What a trip.

Back on the road south, we passed to the west side of three active volcanoes, Mt. Tongario, Mt. Ngauruhoe, and Mt. Ruapehu. I’m not sure about Tongario, but Ngauruhoe erupted as late as 1975, and Ruapehu erupted in 1971. To show you just how thrill-seeking these Kiwis are, there’s even a ski area on the west side of Mt. Ruapehu. We actually drove up there to check. It’s really there! Crazy people!

The weather started getting nastier as we continued southward to our next farmstay in Ohakune. We stopped in town for Chinese food, and drove out to our next mansion. The apartment is about 1800 square feet, sleeps eight, has a full kitchen, and full laundry facilities, which we needed badly. Underneath us is a five car garage. Both the garage and our apartment are attached to a house at least three times the size of this place. The whole place sits on an immaculately manicured eleven acre garden, with a stream, waterfall, and backs up to a golf course. To top this all off, snow-covered Mt. Ruapehu is completely visible out the front windows. Unbelievable.

That’s three for three on the homestays.

Laundry should be about done by now, so I’ll wrap it up and call it a night.

A weird Wednesday night dream: I was a new English teacher at Pollock Pines elementary school (the old school). I was supposed to work in the room I attended first grade in (across the hall from the room in the south west corner). I didn’t know what to do, except that I was supposed to start at 8:30am. I got there at 8:30, but there were no students. Around 9:15, the teacher for the next class walked in and told me there wasn’t an 8:30 English class. I walked down to the Teachers Lounge (Dad’s old office-in-a-closet) and it was full of new, young teachers with the same problem. Then I woke up. Talk about strange… 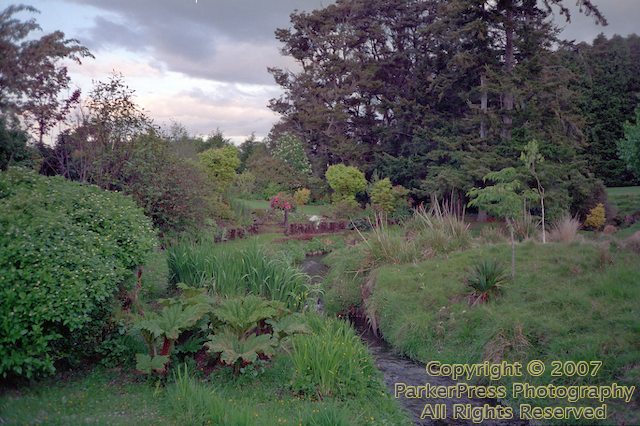 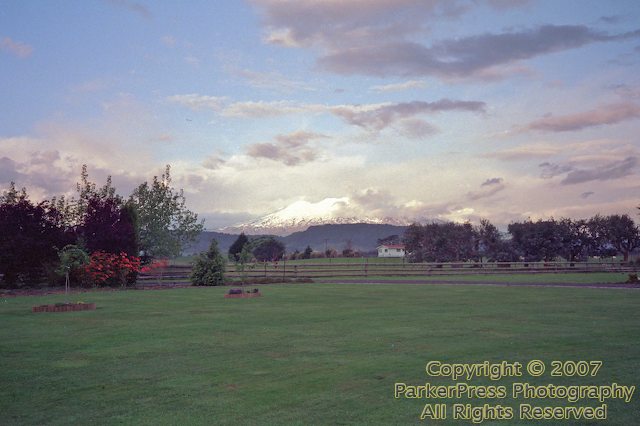 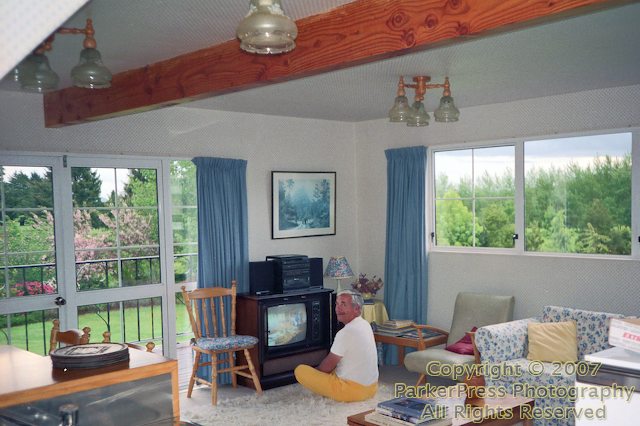 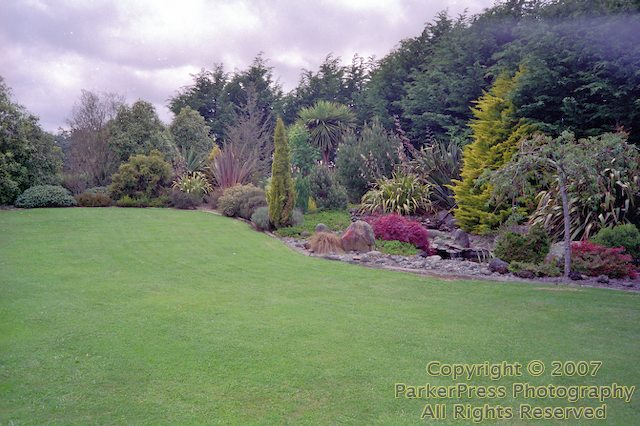 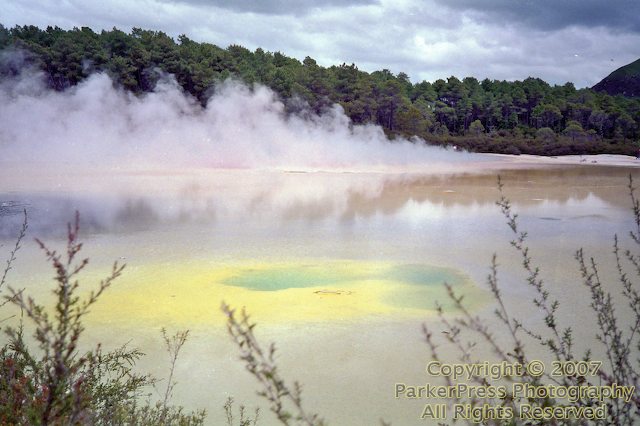 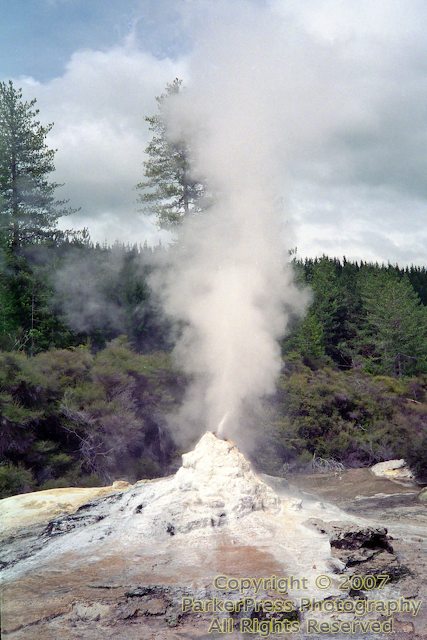 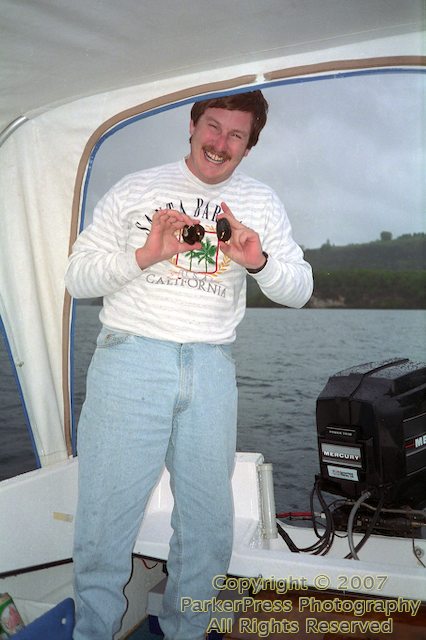 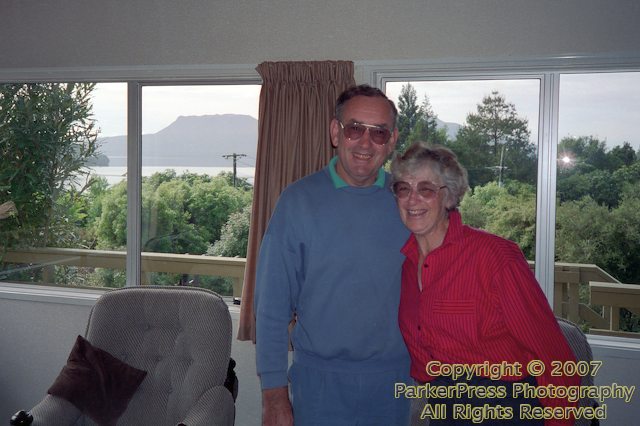 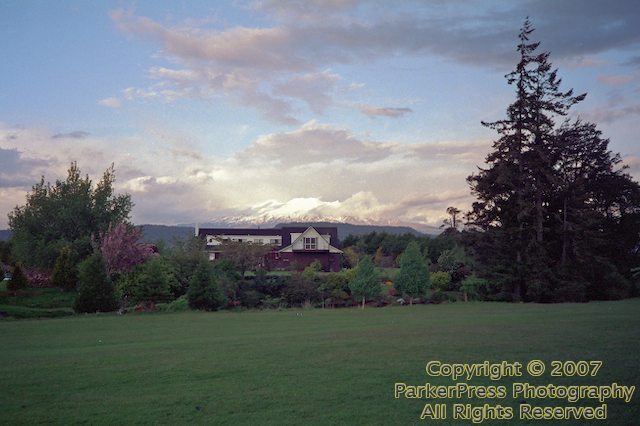 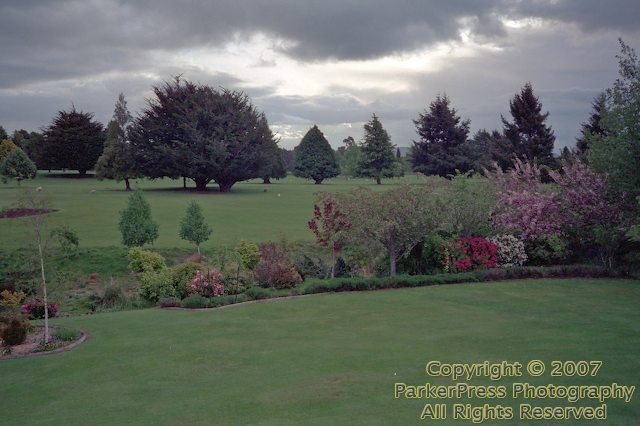 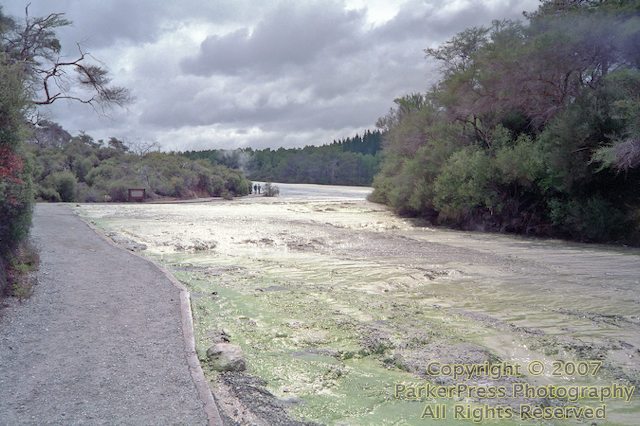 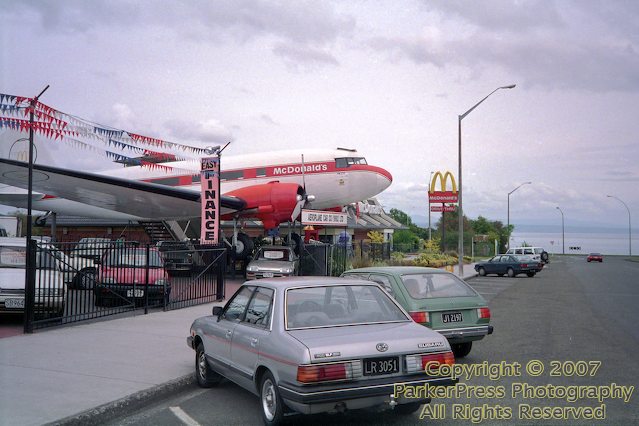 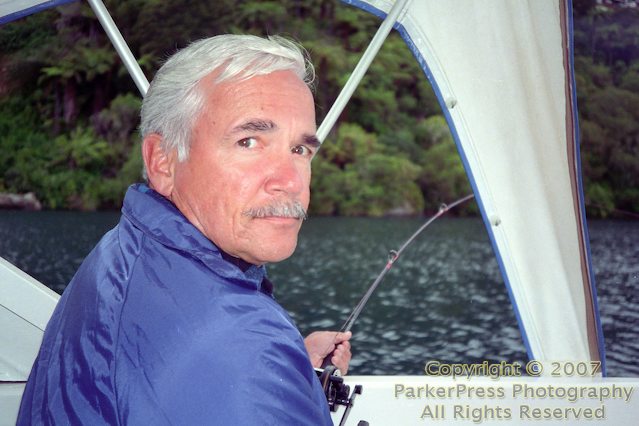