To continue from yesterday: After lunch, we headed south from Port Douglas, this time to the tablelands. We went through a town called Mareeba, where we stopped so Bill could buy some stamps for a gift. Mareeba’s a typical small Australian town. It was a main street, a few pubs, gas stations, chemists (pharmacys) and that’s about it.

From there, we headed south to Tinaroo Falls and Tinaroo Lake. It’s supposed to be 3/4 the volume of Sydney Harbor, but it was way low. Actually it wasn’t even worth seeing. On the way we were driving past hundreds and hundreds of huge termite mounds. Big spherical mud piles about 5 feet across. In talking to John later on, he mentioned that the termite nests go down about 4 or 5 feet underground, with caverns big enough for a man to crawl into.

We continued south to Atherton, and then east on one of the curviest roads I’ve ever been on all the way back down to the coast. All in all, it was pretty amazing scenery.

Now for today: WHAT A GREAT DAY! We went sport fishing today with 2 other people on a small boat. It was light tackle fishing. I think that means fishing for fish up to 250 pounds. We got up REAL early, and jumped on a 28 foot boat for the day. We headed due west about 15Km and dropped four lines over the back for trolling around 10am. Nothing happened until around 2pm. Our guide Kim decided to pull everything out of the water, and take a run about 5Km to the north. We got there, dropped the lines, and tuna hit all four lines at once. Talk about chaos. For the next two hours, we pulled in about 15 fish, between 5 and 20 pounds each. As Kim says, “Sport fishing is hours of sheer boredom interrupted by moments of sheer panic”. I’d definitely have to agree with that statement. We caught blue fin tuna, Trevally [sic?], and a Sucker Shark. All in all, we had a great time which even made up for the boring morning. 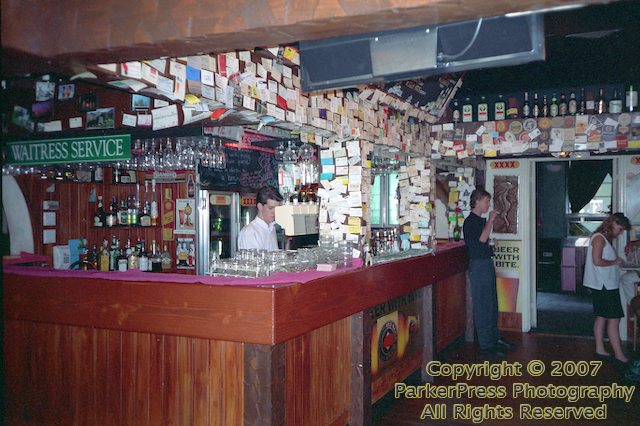 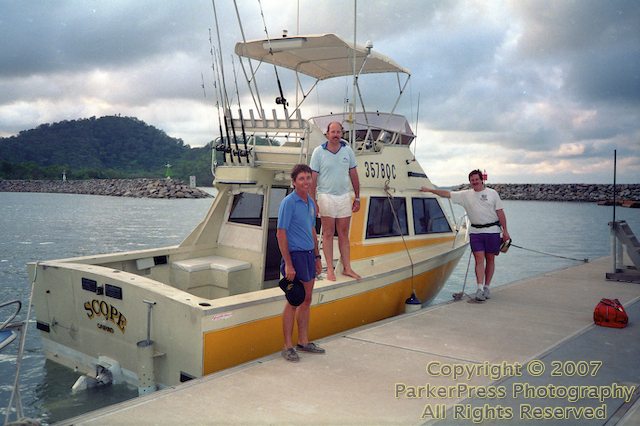 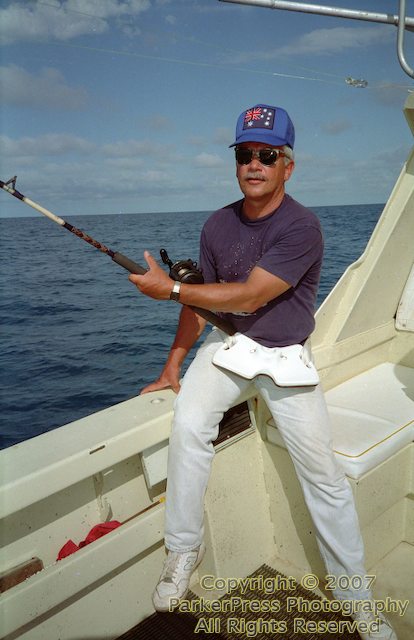 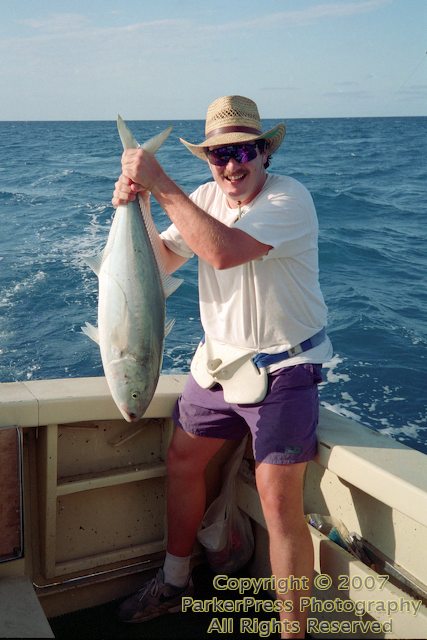 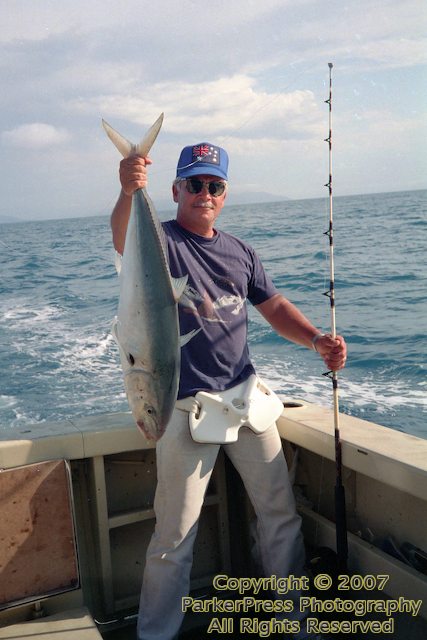 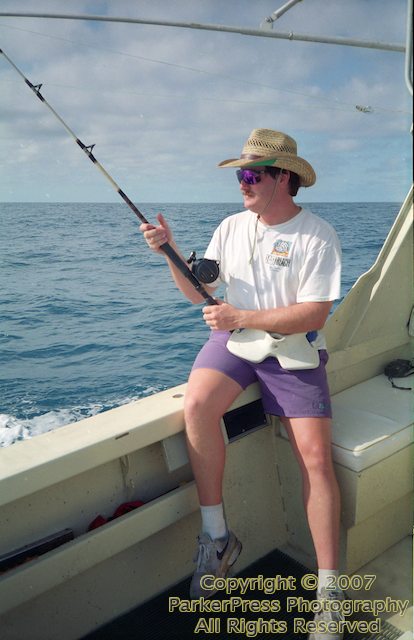