Well, we warned everybody we’ve met and told them to stay off the road, because we’re going to rent a car today. I think Bill’s going to drive, and he think’s I’m driving, so between the two of us, we’ll probably just sit in the car at the rental agency, and hope it goes by itself. Stay tuned, as this could be interesting. If you don’t hear from us again, call the police.

WE LIVE!!! The car we rented was a little Ford Festiva for $50AD/day, unlimited kilometers (a fortuitous decision). I started driving, and things got strange real fast. I managed to stay on the left side of the road, but kept looking out the side window for my rear view mirror (the one that’s in the middle of the windshield). It was a little surprising to see trees going by where my mirror should have been. Since the car was a stick shift, and the stick was on the left side, I was constantly being reminded to STAY LEFT. I think the biggest shock of the day was driving down the hiway at 100Km/h, and having a large truck coming at us wanting to turn right. I really had to think “what do I do!?!” real fast. He obviously didn’t turn in front of us, but I felt like I should to lock up the brakes anyway. Only sheer mental willpower kept my foot on the gas!

We took a quick trip due west (inland) to Morris Lake. The road climbed almost 1500 meters (straight up) into the mountain through very dense jungle. It’s really astonishing to me that people could get through that thick of vegetation with anything short of a D-10 Cat. The lake itself was very nice, with the jungle coming right down to the surface. It was a large lake which supplies all the fresh water for the Cairns area. We saw uncountable species of vegetation, including giant fern trees where the trunks run from 1 to 5 meters tall, topping in a giant, inverted dish about 2 to 3 meters wide. This type of place must be a botanists dream and nightmare at the same time.

On the way back down the hill, we came around a corner and almost ran over a lizard that was about a meter long. He took one look at the crazy Yank driving (Bill at the time), stuck out his tongue, and headed into the jungle. For a couple seconds he was running beside the car looking for a break in the foliage. We were doing about 35Km/h at the time, meaning he could have easily caught either of us in a dead sprint.

We headed back towards the coast and started a trip northwards, past many towns/resorts with Cove or Beach at the end of their names. The beaches and ocean were beautiful. Clean, long, wide, uninhabited beaches for miles, with aquamarine water. We had to stop for pictures along the way.

We worked our way up to Port Douglas, where we ate a light lunch in a little pub (called a dive in the states). It was the first time I’ve ever had beets on a steak sandwich, and may not be the last, since it was pretty tasty. 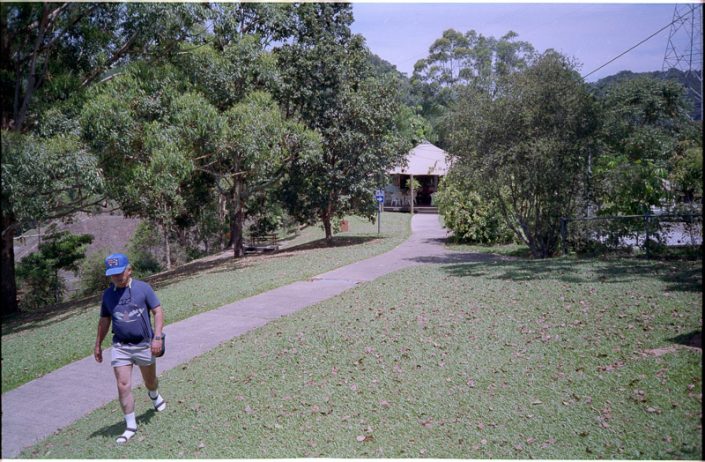 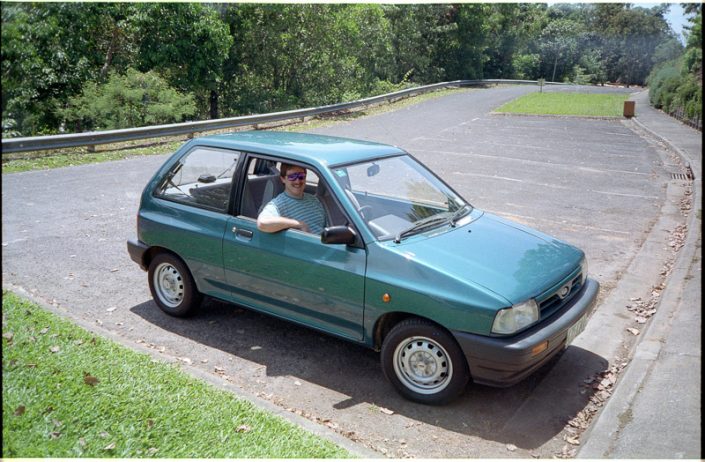 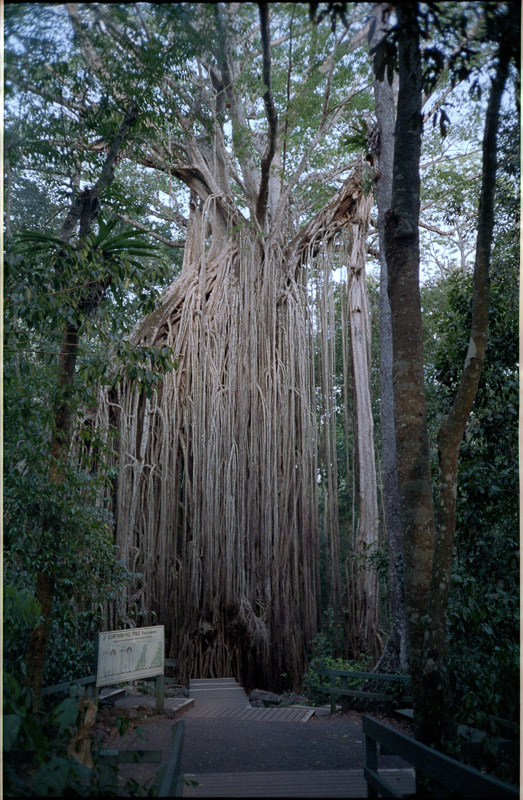 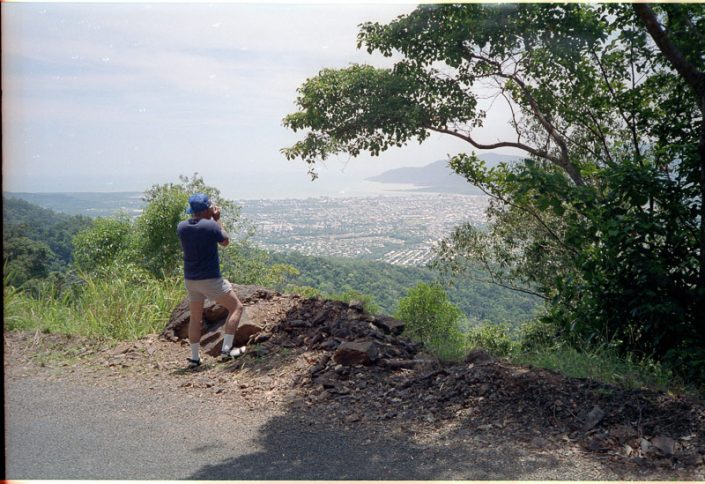 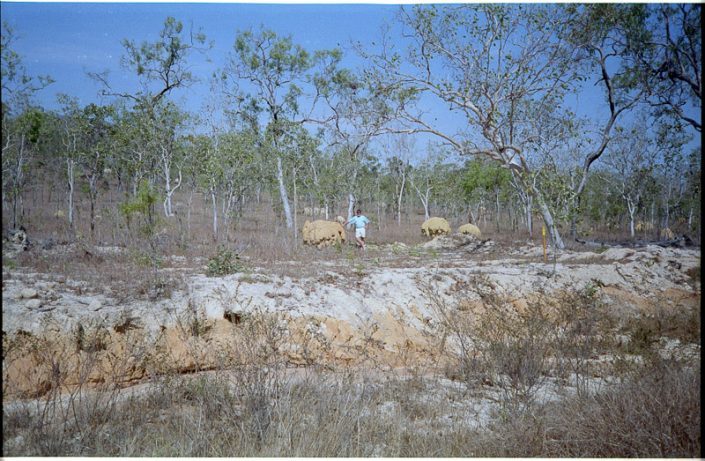 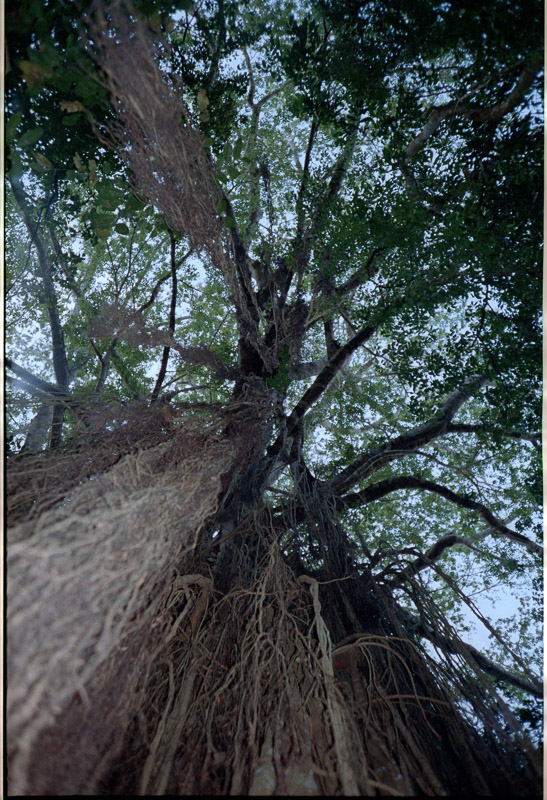 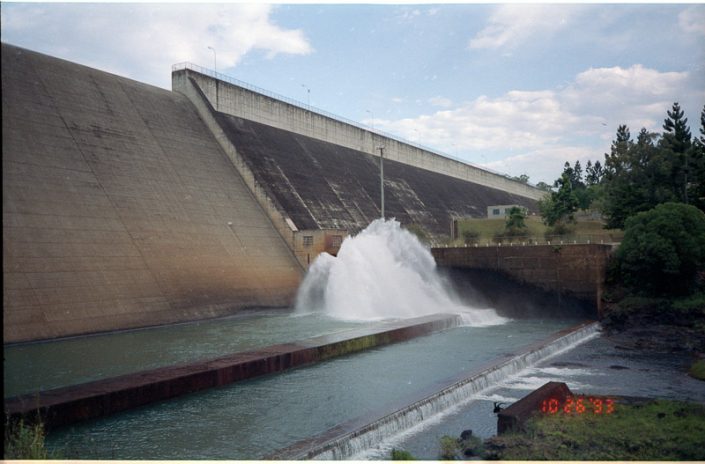