Dinner last night was great. We went to a place called Roma Roulette and ate a lot of Italian Food. I decided to live it up a bit, and ordered the mixed seafood platter. It contained things like lobster, shrimp, calamari (squid for the uninitiated), and mussels on a bed of rice. It was all VERY good, except for the mussels, which were OK, but I wouldn’t order them again. The “Roulette” part of the name of the restaurant : After your meal, you are offered a chance to spin a roulette wheel for a free dinner.

I threw a coin down on 21-red, and won the dinner. I guess we’re going back for another meal there before we leave Cairns. Either that, or we’ll give it to the people who run the hotel.

Up this morning at the crack of dawn (yeah, right!). We grabbed a lift to the Botanical Gardens, where we went on a small walk-about. We climbed up a hill on the northern outskirts of town, through kind of a rain forest/bamboo forest. It ware really king of beautiful, and a little surprising at times. There were lots of wild turkeys running around in the underbrush, digging up huge piles of leaves. The views from here were great. You could see the entire International Runway (whoops, I meant airport) and most of the city. While we were up here, Bill had some small problems with his camera. It just wouldn’t seem to work. It turns out that the problem was due to IFP (Insufficient Finger Pressure). Once we got back down from the hill, we walked through a little area called the Mela Leuca Wetlands. Apparently all of Cairns used to be like this (a thickly vegetated marshland) and was drained to make room for humans. Boy, are we a pain in the butt to Mother Nature or what.

The rest of the Botanical Gardens was really neat, including the “spider clouds”. These are huge cloud-like spider webs about 10 feet wide, 10 feet high, and probably as thick. I say probably because there was no way I’d get close enough to tell. These massive webs/nests are inhabited by Colony Spiders (because they live in a colony?!?). Each of these spiders is from 1/2″ to about 2″ long. I even took some pictures to prove it.

From there it was back downtown to schedule our Wednesday fishing trip, buy some hats for the island journey on Monday, and then completely pig-out at and all-you-can-eat seafood buffet at a place called the Beach Hut. Naturally I ate too much.

During the course of the dinner conversation, I found out that Bill is an alumni of UCSB. Boy it’s a small world! I still can’t believe that in the 14 years that I’ve been in Santa Barbara, I never heard that before! I thought I was the only person I knew (other than SB locals) who’d ever lived in Santa Barbara. We’re back at the hotel now, getting ready to crash. We have to be up at 7:00am tomorrow to catch our boat out to the Frankland Islands. More to follow then. 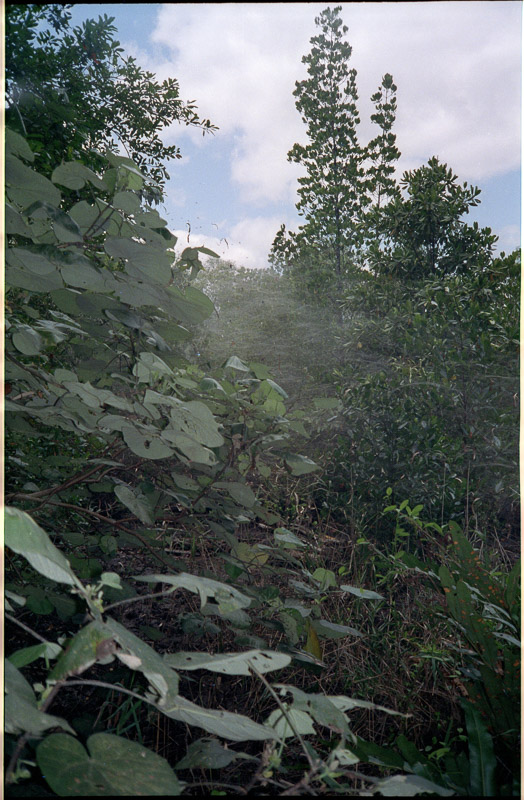 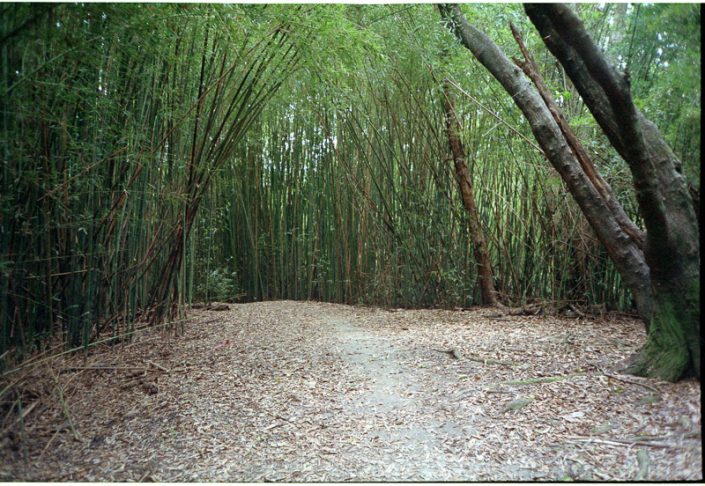 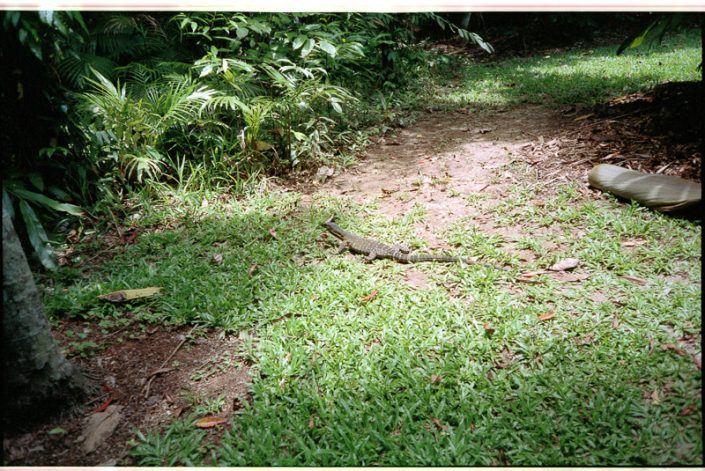 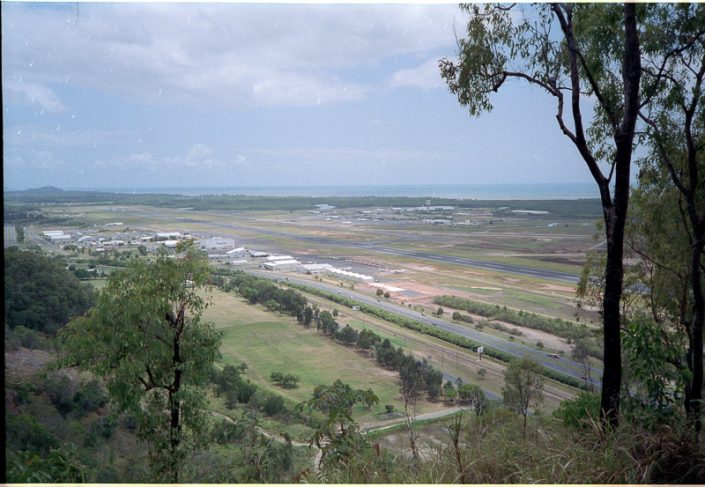 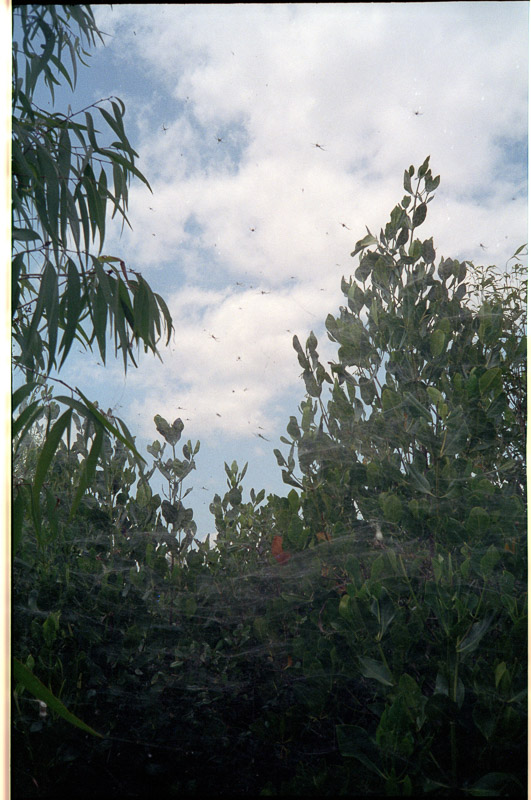 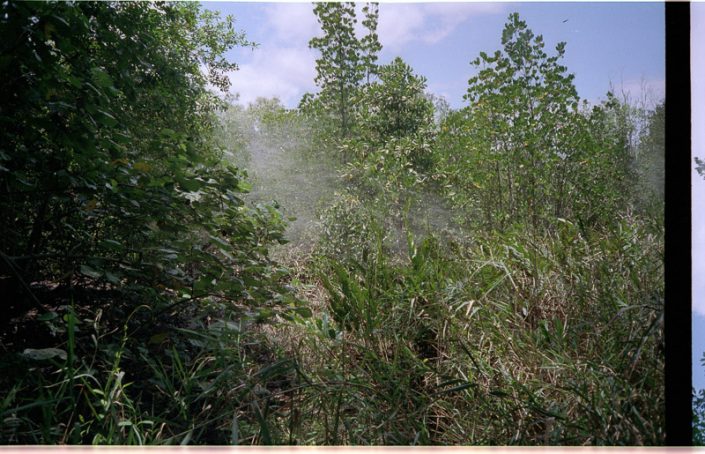 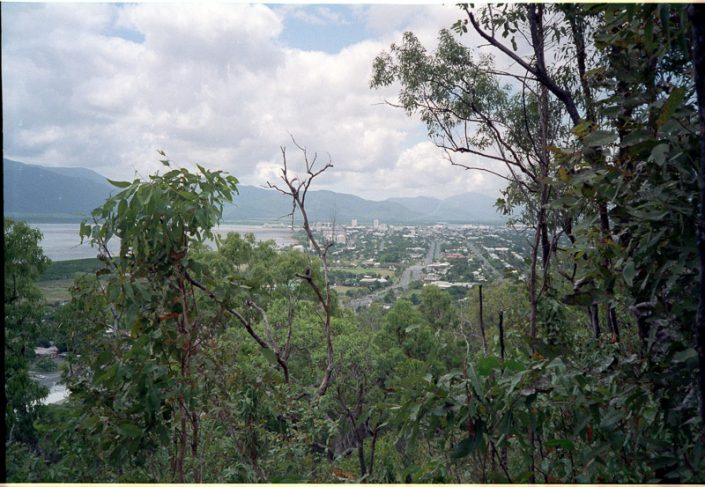 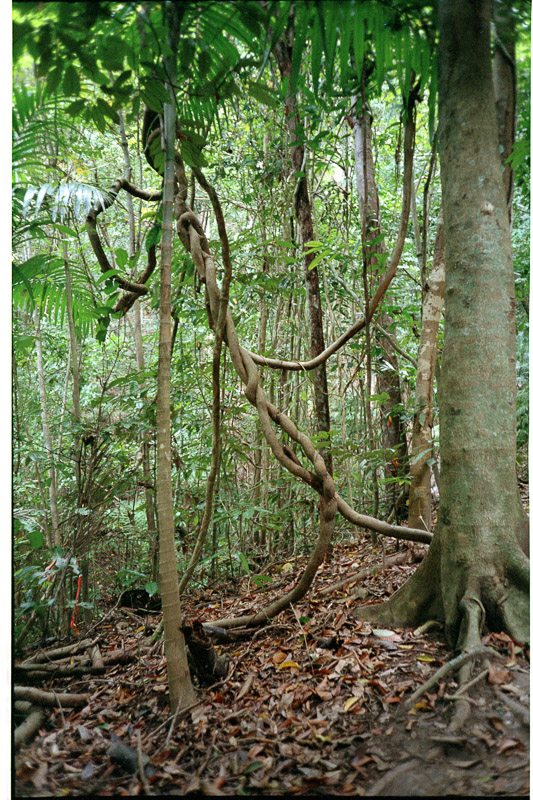 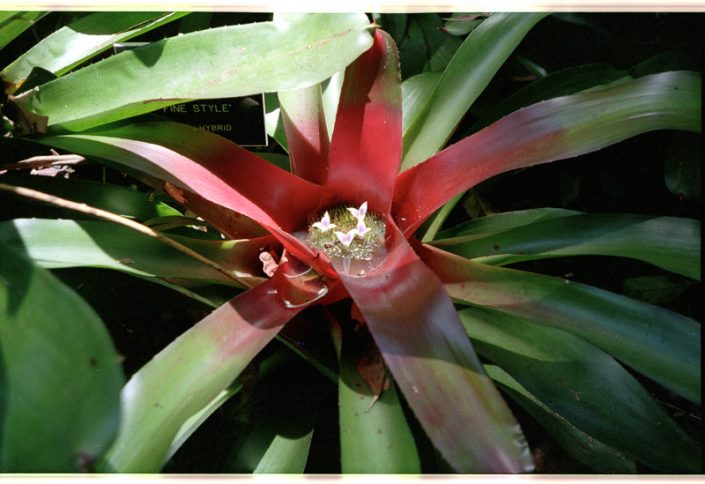 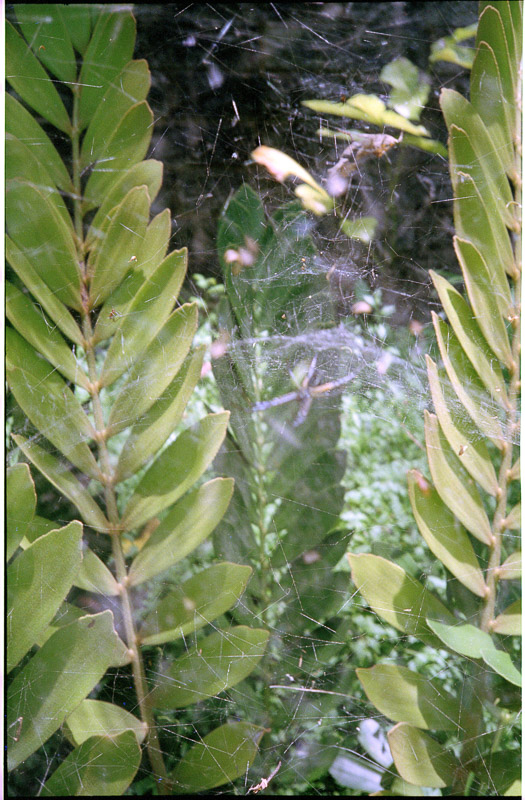