A quick note just to help pronunciation: Cairns is pronounced just like “cans”.

I just woke up in the plane after actually sleeping for 5 hours. I still can’t believe that I’m on my way. The little computerized map displayed here in the cabin shows we’re over some islands (I think they are the Solomons, one of them is Guadalcanal). I can see the very beginning of what should prove to be a beautiful sunrise off the port side of the plane. My first sunrise in the Southern Hemisphere! Ever! WOW! That’s a rush. I’ll try to take a picture from the window, if possible…

We blew through customs at about 6:15am. There weren’t very many people there yet (imagine that!) so it took only 5 minutes. I was so tired, about the only thing I really noticed was the score in Game 4 of the World Series. 14 to 13? Sounds like batting practice to me.

I called a taxi and we headed towards the Fairways Motor Inn. I was a little worried when the taxi driver told me it was outside the southern end of the city, and the airport was in the north. But Cairns is pretty small (by US standards). Only about 40,000 people. I got to the hotel at 6:30am, only to find the doors locked. They didn’t open the front desk until 7:00am, which is slightly different than the 24-hour US hotels I’m used to. Down here, some close at night. I waited the half hour, and when they opened, I had to use the pool shower since they didn’t have a room ready until the afternoon. It didn’t really take much to make me happy this early in the morning after a 32-hour flight. I threw my luggage in their storage closet, and had the hotel van drop me off downtown. I spent all morning walking around, looking at shops, cruises, tours, and more. I had lunch at a small English-type pub called the Fox and Firken. It was good food, and good beer.

Well, it’s the end of day one for me. I’ll grab a quick bite to eat, and drop like a rock. Bill should be here tomorrow morning, about 6:30am. Then we’ll have to figure out what to do. I’ve been looking into all the possibilities, and I think we should have extended the trip for a month or two, and borrowed a few thousand  dollars.. 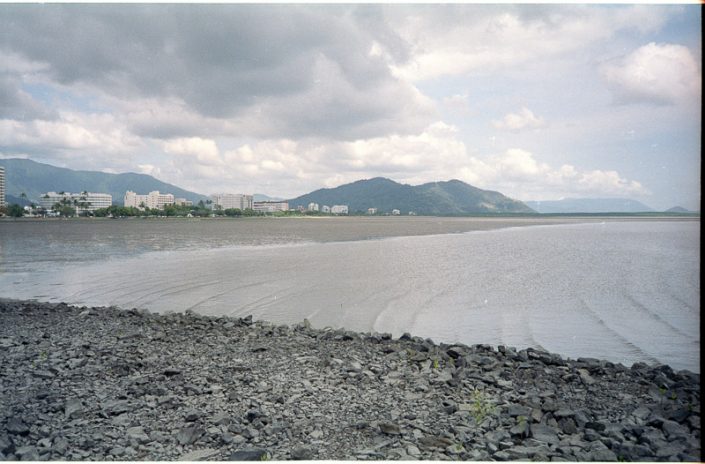